Free UK Delivery for orders over £50.
Marching Band Greenwood Avenue Tulsa, 1920.
January 2022 has been a whirlwind and I have struggled to find the time to sit down, gain inspiration and write my monthly Deco Diaries newsletter. But here it is, a little late, but better late than never! My inspiration this month came from an unexpected source,Tulsa Oklahoma, an Art Deco city with a chequered past in the middle of the USA. 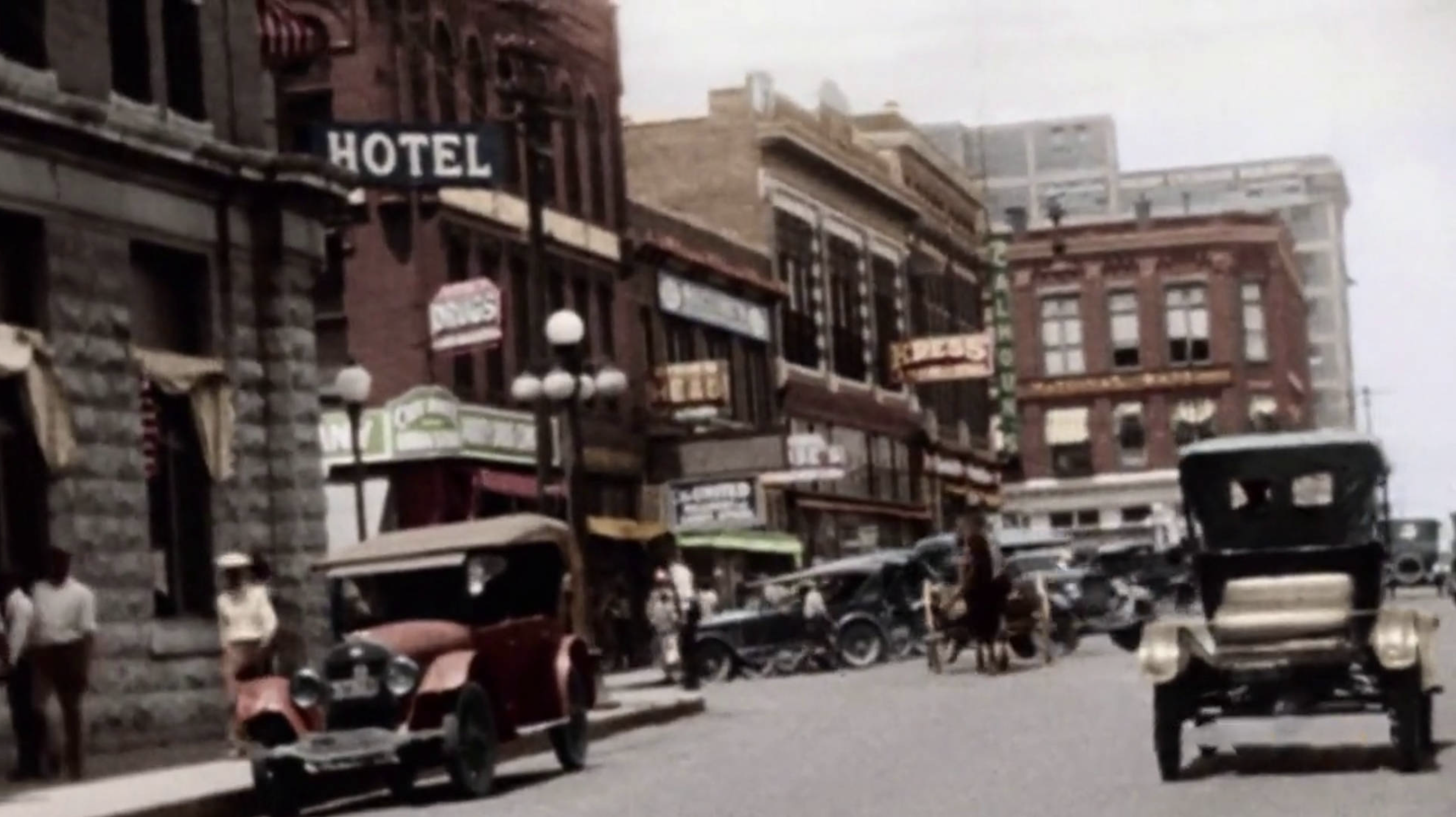 Greenwood Tulsa 1920, photo from the Smithsonian Institute
The city of Tulsa was built on the Arkansas River following the discovery of oil in the late 19th and early 20th Century. Greenwood Avenue in Tulsa was a model of Black entrepreneurship in a time of segregation. Dubbed ‘the Black Wall Street’, it thrived with over 70 businesses owned by Tulsa’s most prominent Black citizens, serving Tulsa’s African American community. 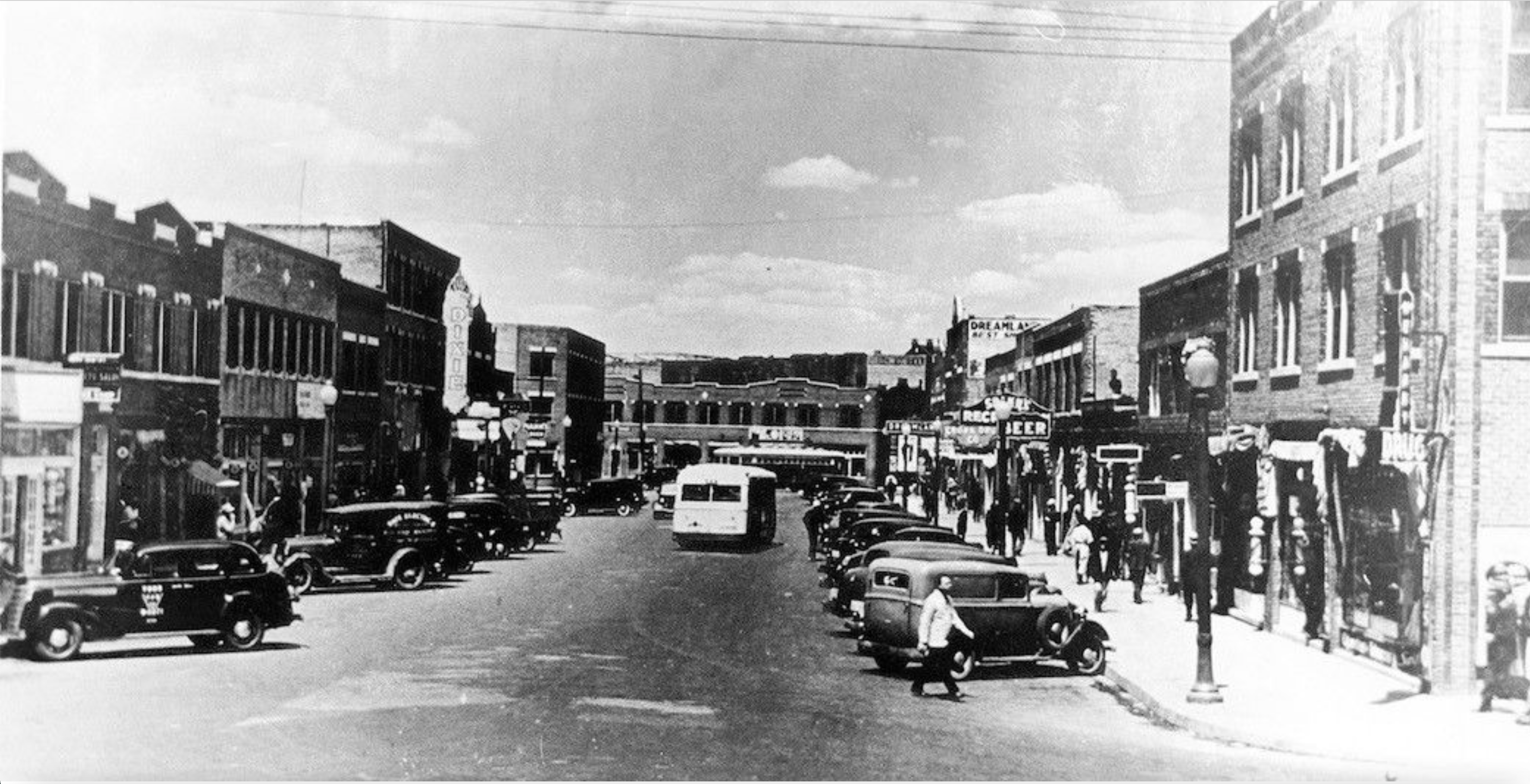 Greenwood Avenue, Tulsa 1920
From the ‘Williams Dreamland Theatre’, the first movie house for African Americans to the ‘Bell and Little Café’ and the upmarket ‘Stradford Hotel’, the community enjoyed a life on a par with the White experience.  But in June 1921, a White mob descended on Greenwood razing it to the ground and killing hundreds of Black citizens. Many lives and livelihoods were tragically destroyed. 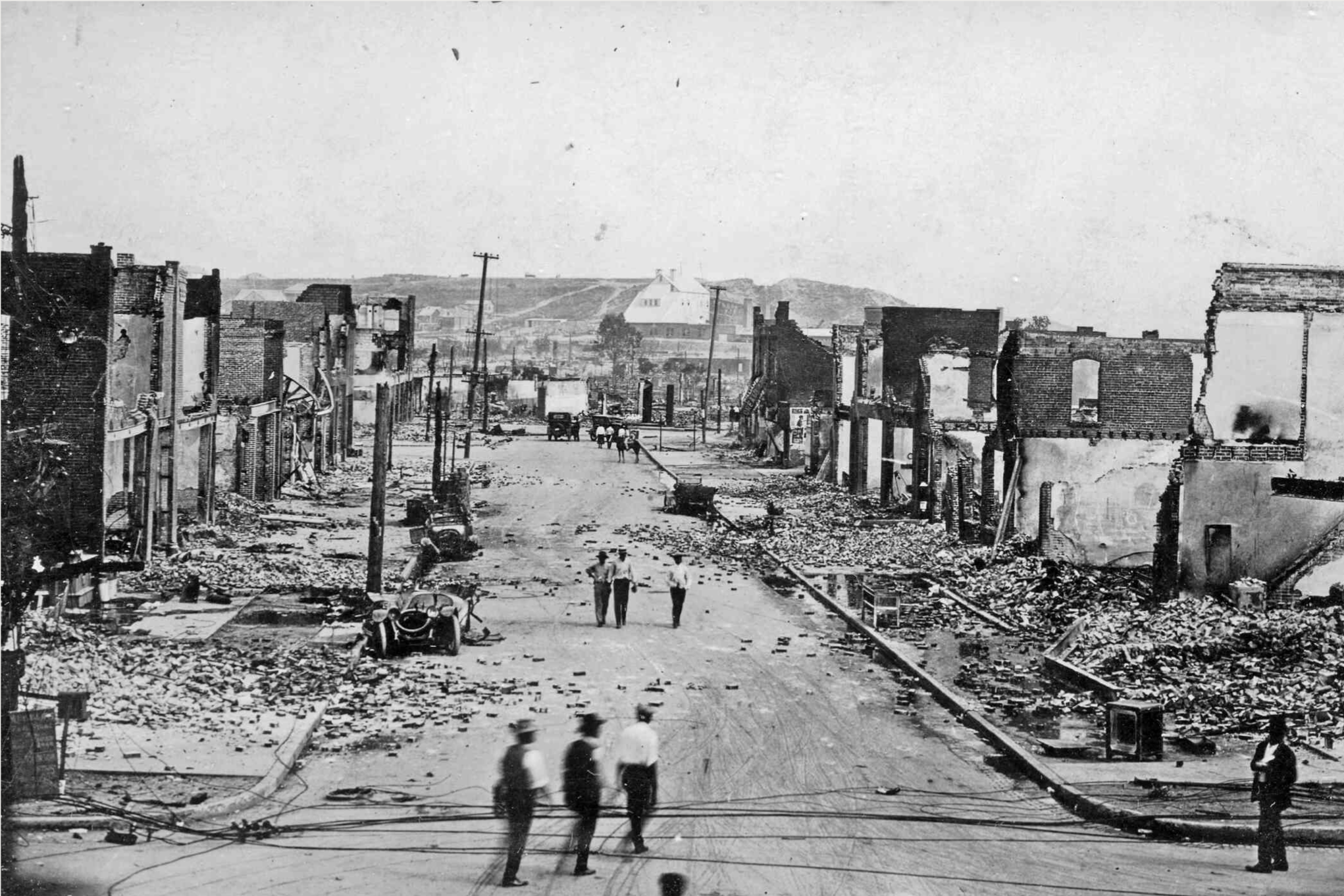 Greenwood Avenue after the riots 1921
After the riots, the Black citizens of Tulsa rebuilt Greenwood and it had a second renaissance.  Rare film footage survives of the late 1920s.
As the Great Depression hit America in the late 1920s, profits from the booming oil industry helped Tulsa survive and financed the construction of numerous Art Deco building during the late 1920s and 1930s. 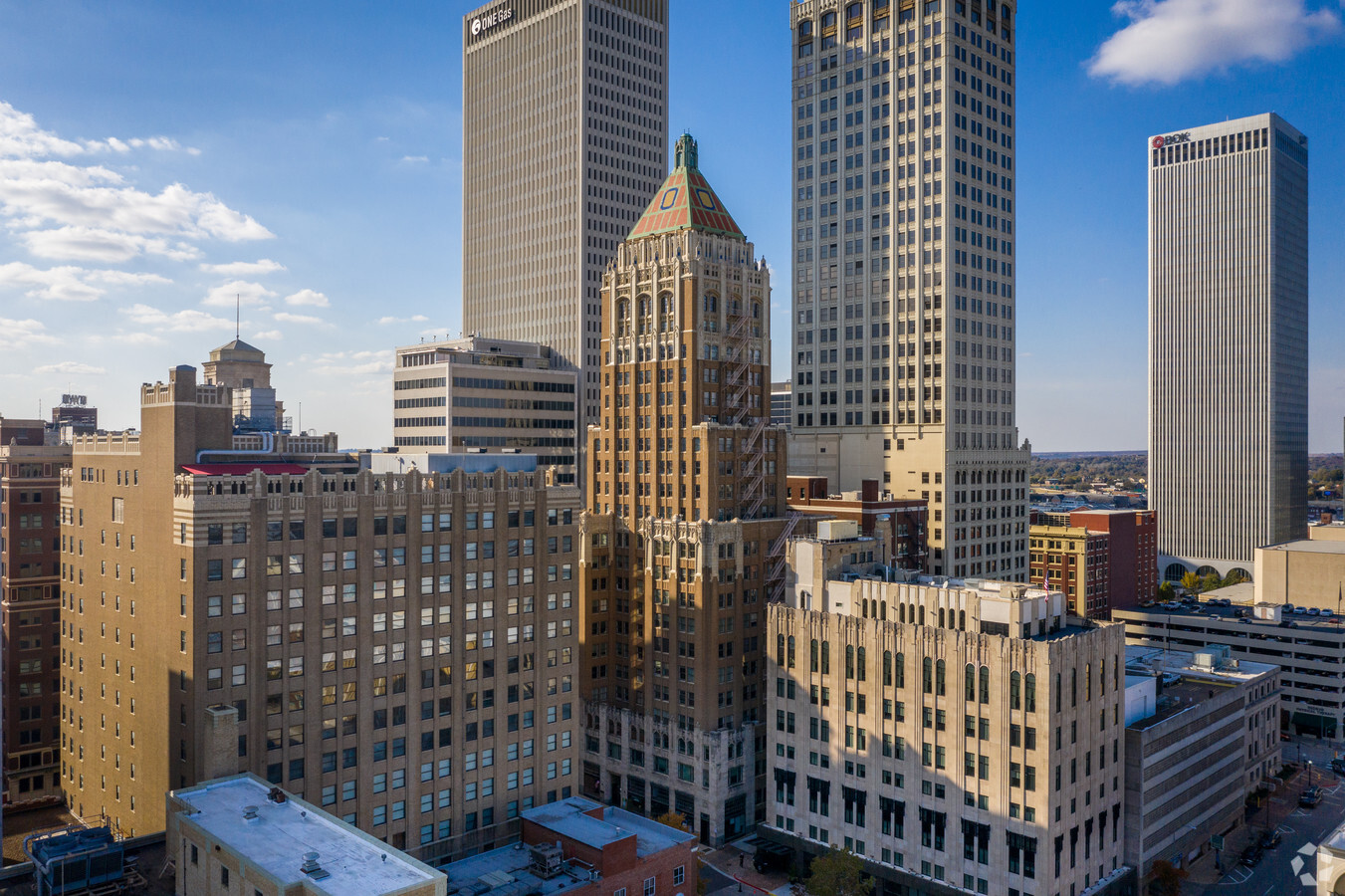 Philtower Building,Tulsa,  built 1939
Notable buildings include the Philtower office building that features gold leaf and elaborate gargoyles on the façade and the Boston United Methodist Church which blends traditional Gothic style with modern Art Deco geometry.  These glittering pillars of 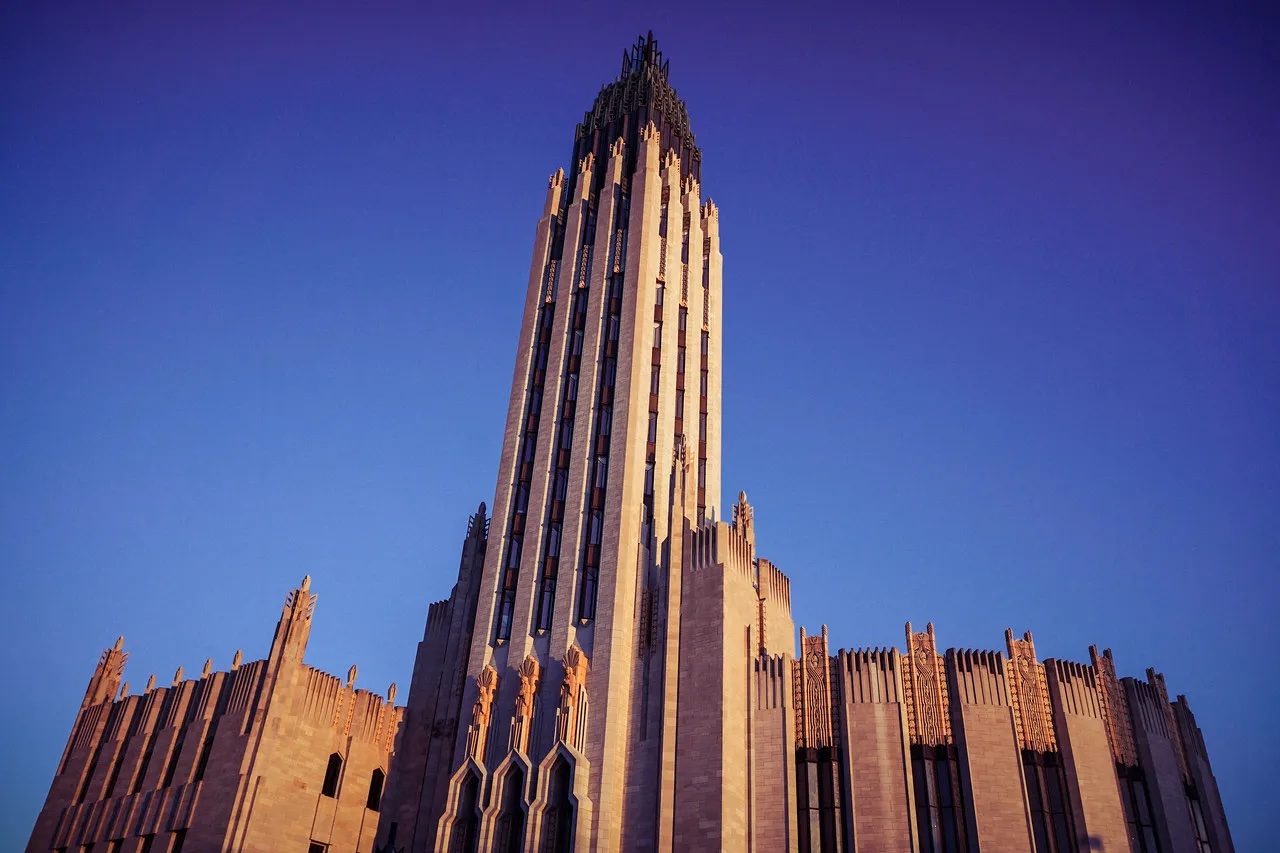