Free UK Delivery for orders over £50.
Diego Rivera, 1886-1957
Diego Rivera was a prominent Mexican artist who believed art was for the many rather than the privileged few.  His large-scale murals, painted in public places in Mexico and the USA, told the story of social struggle, the working man and woman and revolution, which helped establish the Mexican mural movement of the early 20th century. 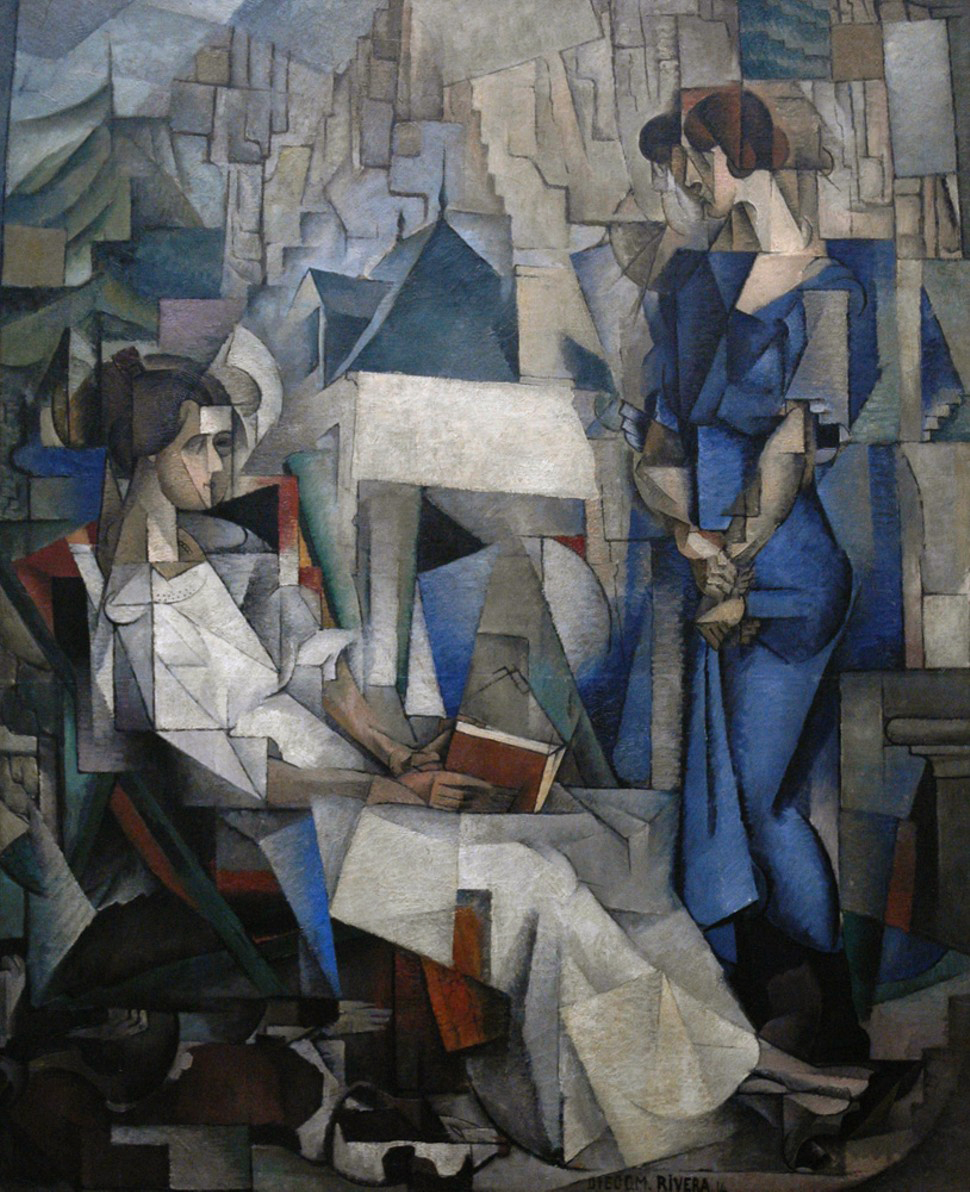 Two Women (portrait of Angelina Beloff and Maria Dolores Bastian)
by Diego Rovera, 1914
His early paintings, from 1907-1917, were influenced by the European Cubist movement and Post-impressionism art, which he infused with Mexican symbolism. 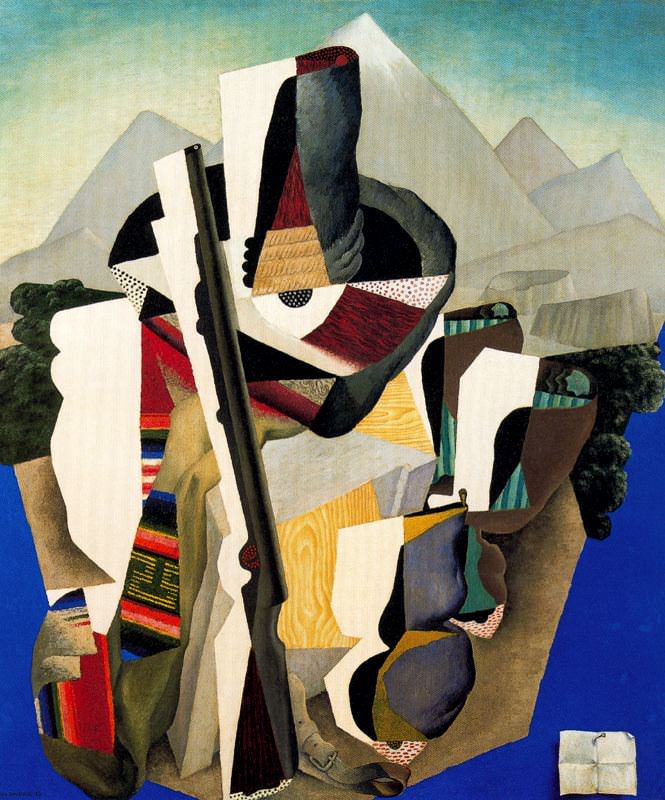 Zapatista Landscape, 1915 - by Diego Rivera
In 1922, Rivera joined a state-sponsored effort to redefine and revitalise Mexican culture in the wake of the Mexican Revolution (1910–20).  He began a monumental mural at the Secretariat of Public Education in Mexico City, depicting heroic visions of Mexico’s past and present, which captured the attention of international art critics. 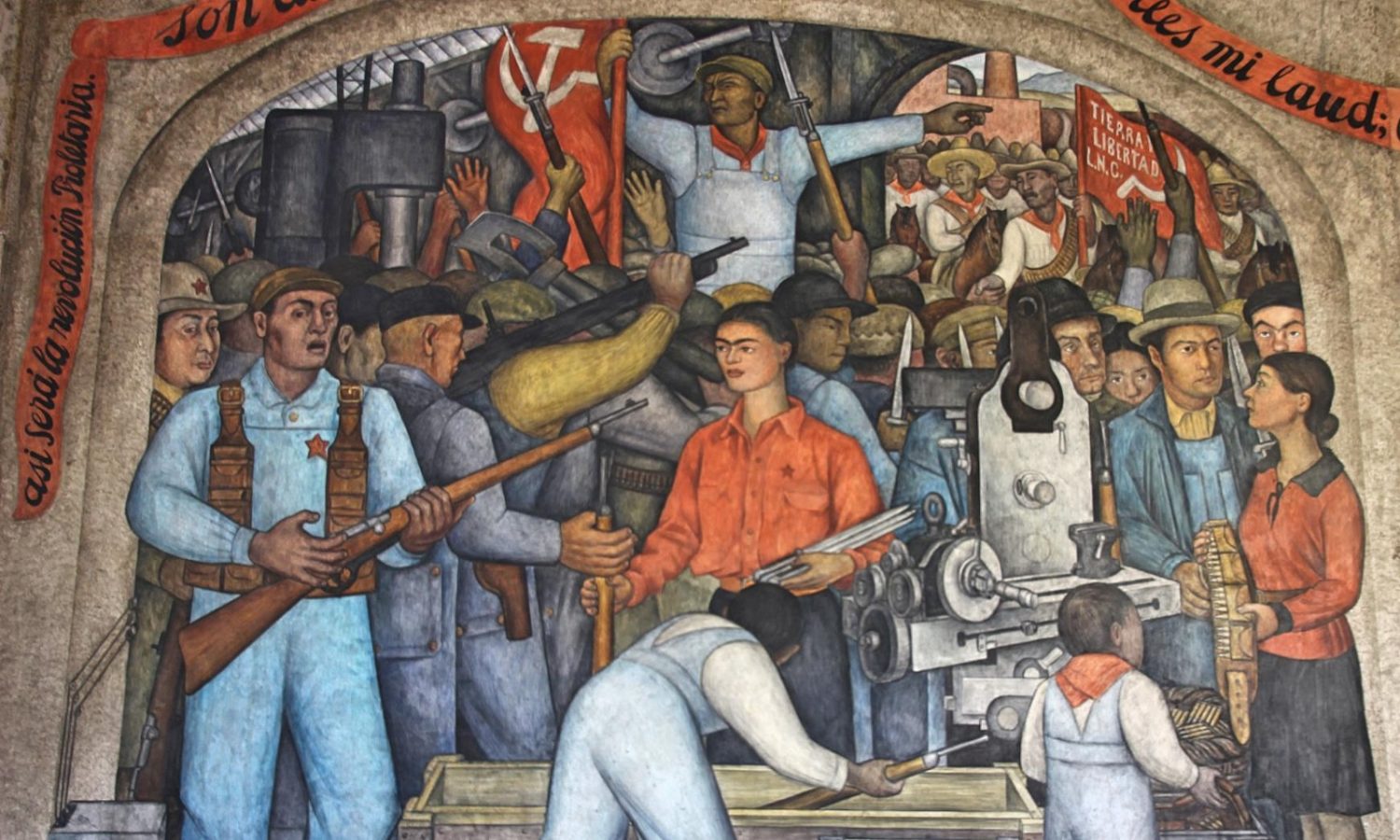 Part of the mural at the Secretariat of Public Education, showing revolutionary imagery
After his marriage to Freda Kahlo in 1929, Rivera and Kahlo moved to San Francisco, where Rivera painted murals for the City Club of the San Francisco stock exchange and later for the California school of Art.  Following these successes, in 1931, Rivera was invited to mount a successful retrospective exhibition at The Museum of Modern Art, in New York City. 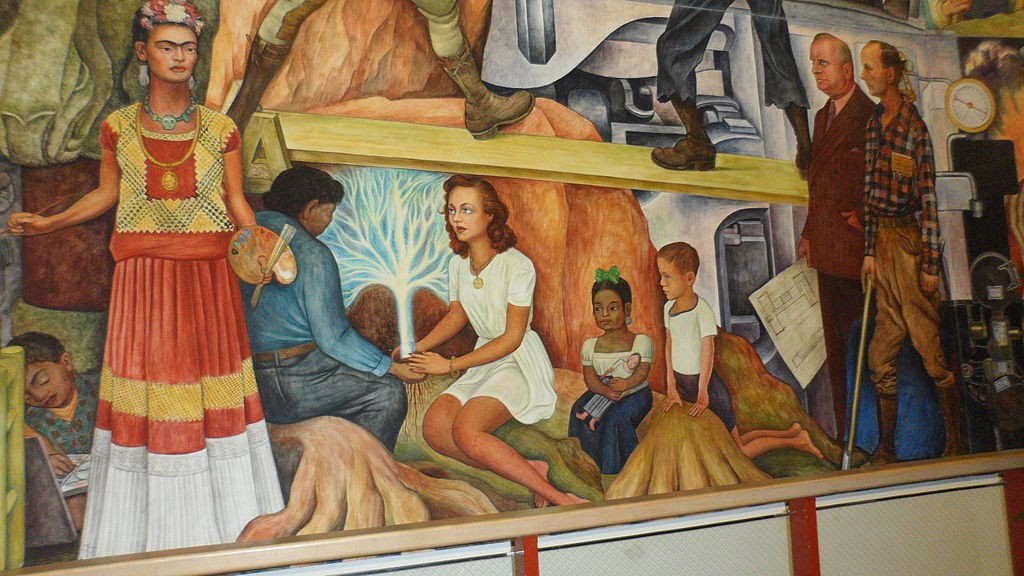 Pan American Unity, California, by Diego Rivera, featuring Frieda Kahlo (left)
Between 1932 and 33, Rivera painted 27 fresco panels on the walls of an inner court of the Detroit Institute of Arts, as a tribute to the city's manufacturing base and labour force of the 1930s. 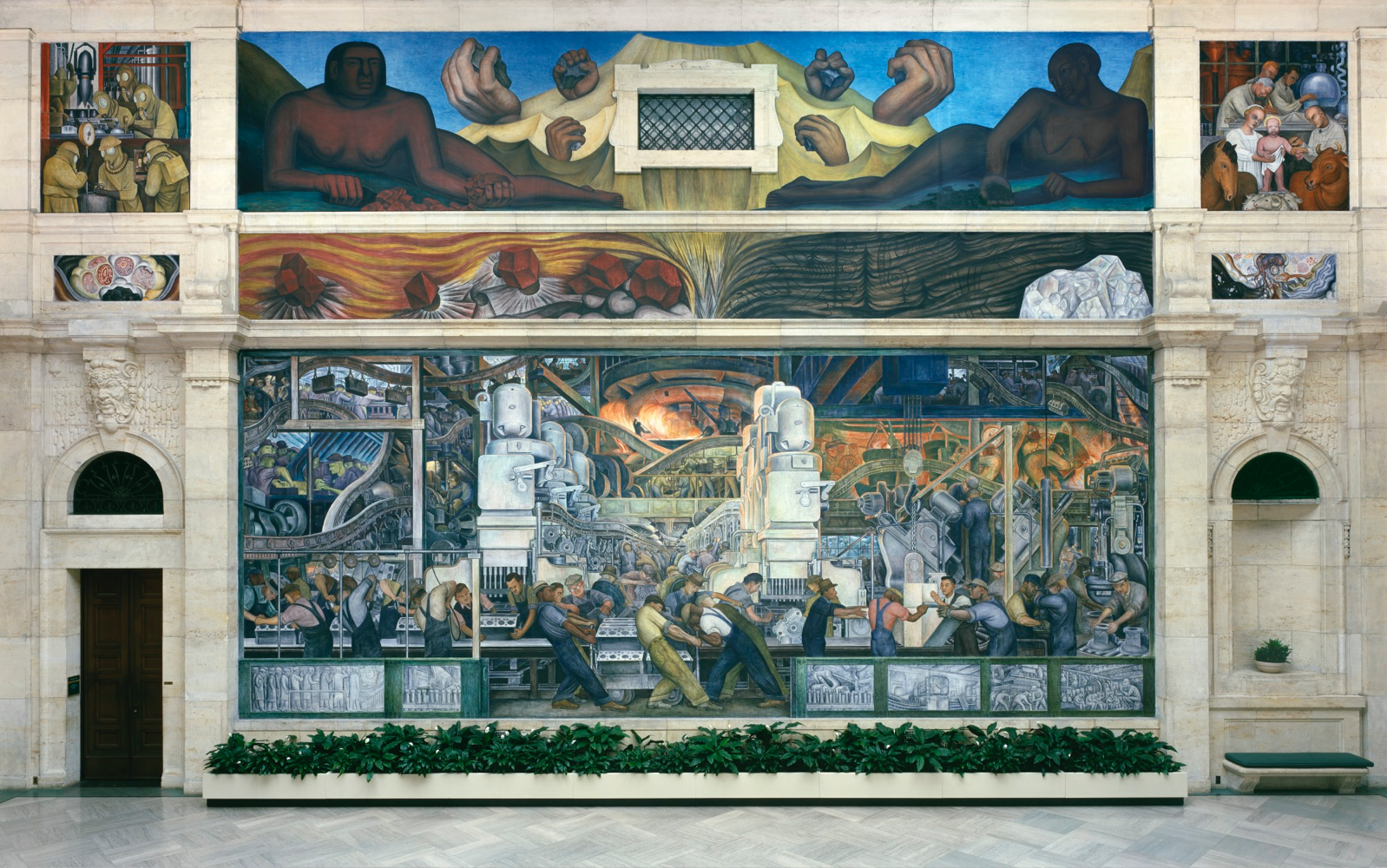 Detroit Industry North Wall, 1932-33
In 1933, Rivera began a mural in the lobby of the Rockefeller Centre in New York, but caused controversy by including Lenin and other communist imagery in the painting.  He refused to remove Lenin from the picture and was subsequently fired from the project.  The mural was never finished and was removed from public view. 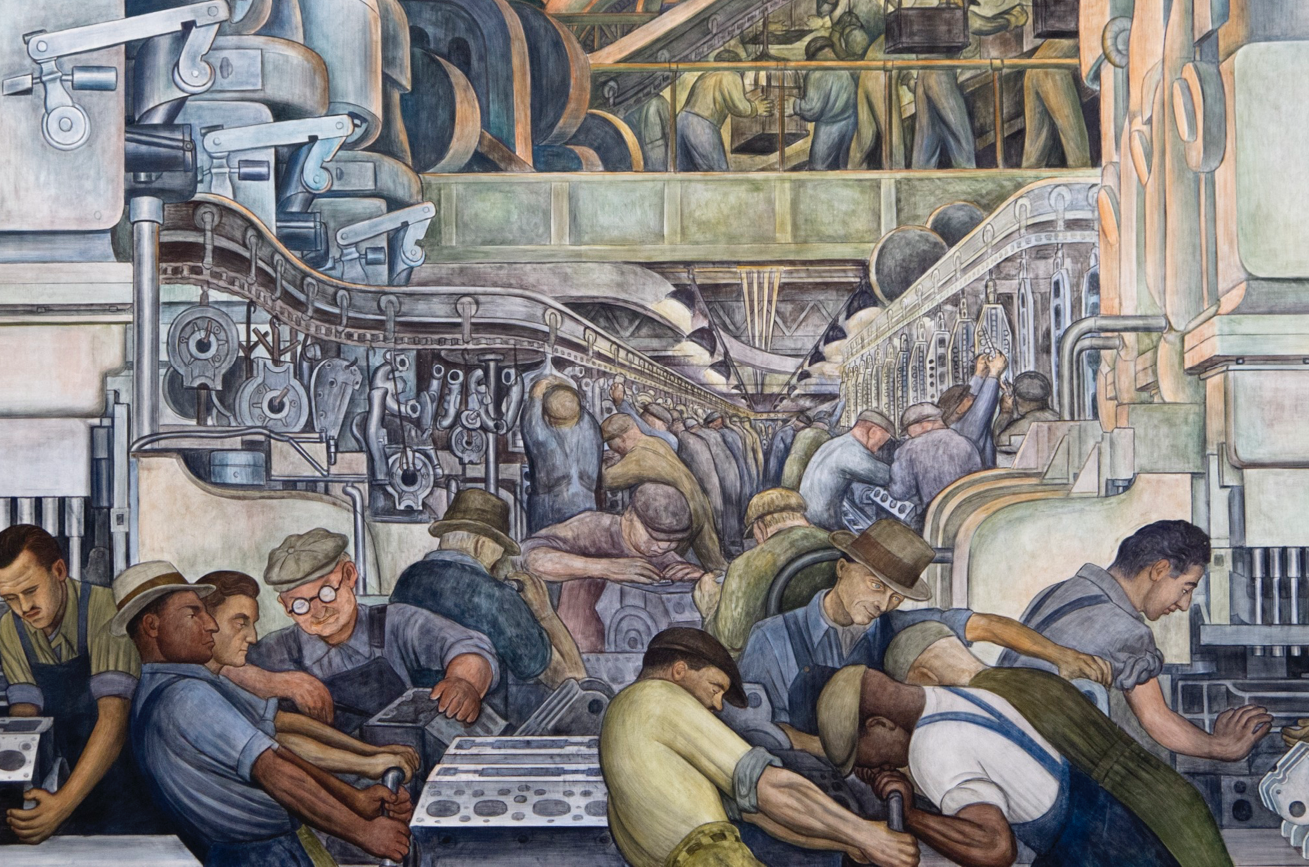