Free UK Delivery for orders over £50.
Charles-Édouard Jeanneret-Gris, better known as Le Corbusier, is widely regarded as the most important architect of the 20th century and whose influence can be seen in modern cities worldwide.
His first major theoretical work, the Dom-Ino house, was designed in 1914–15, as a functional space created within a reinforced concrete frame. 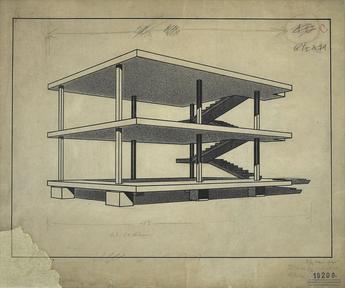 Dom-Ino House, 1914-15
In 1920, Le Corbusier set up an architectural practice in Paris with his cousin Pierre Jeanneret and began working with Amédée Ozenfant, a French cubist painter.  Together they developed ‘Purism’, a variation on the Cubism movement, which rejected decorative art.
In 1923, Le Corbusier published his seminal book ‘Vers une architecture’ that outlined his vision for architecture inspired by the emerging modern era of machines. 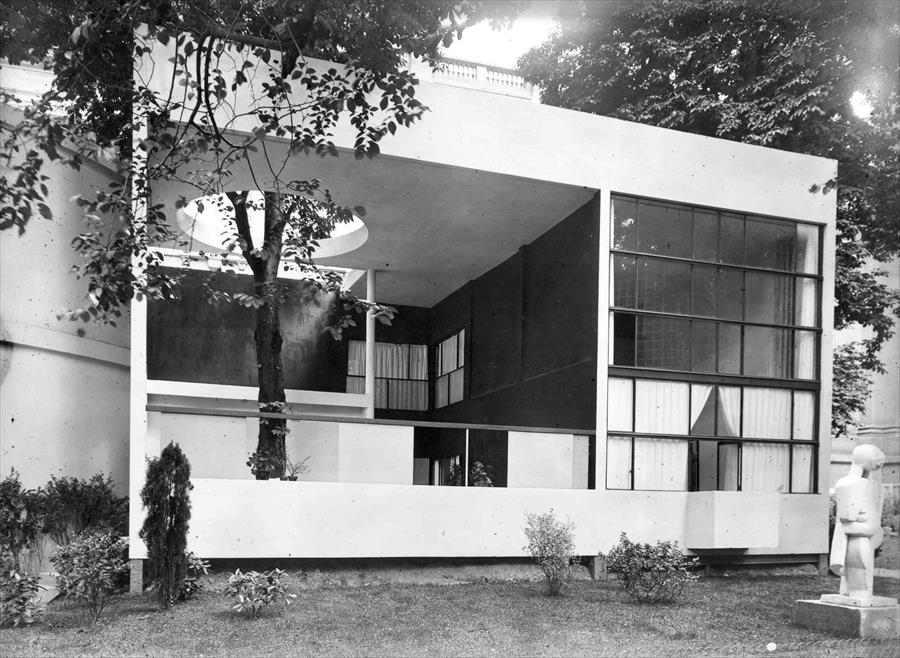 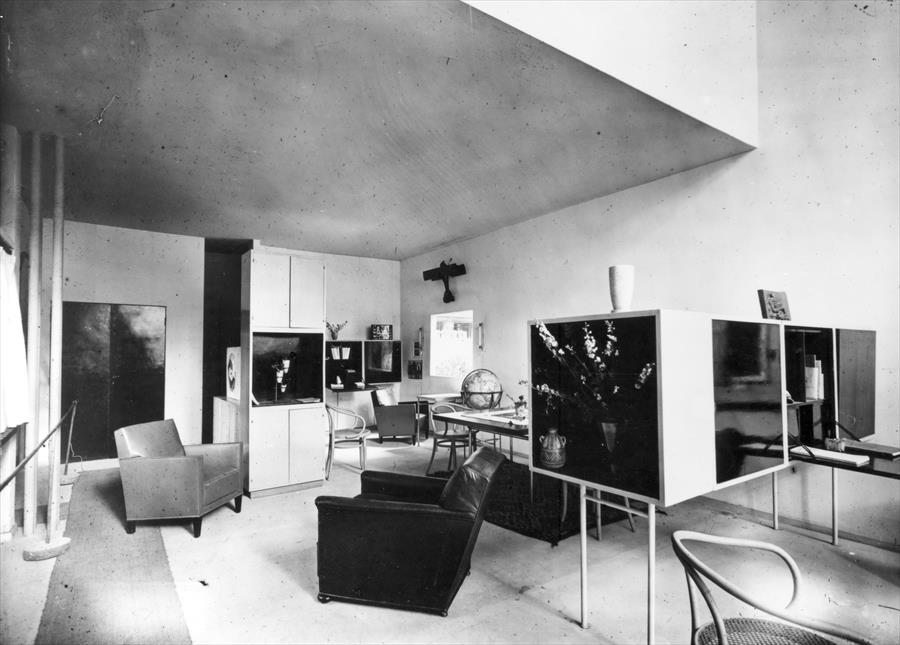 L’Espirit Nouveau Pavillion Living Room with fitted and functional 'equipment'
Inside, traditional furniture was replaced by fitted furniture, built into or suspended from the walls.  Le Corbusier termed this new furniture ‘equipment’.  The house was demolished in 1926. 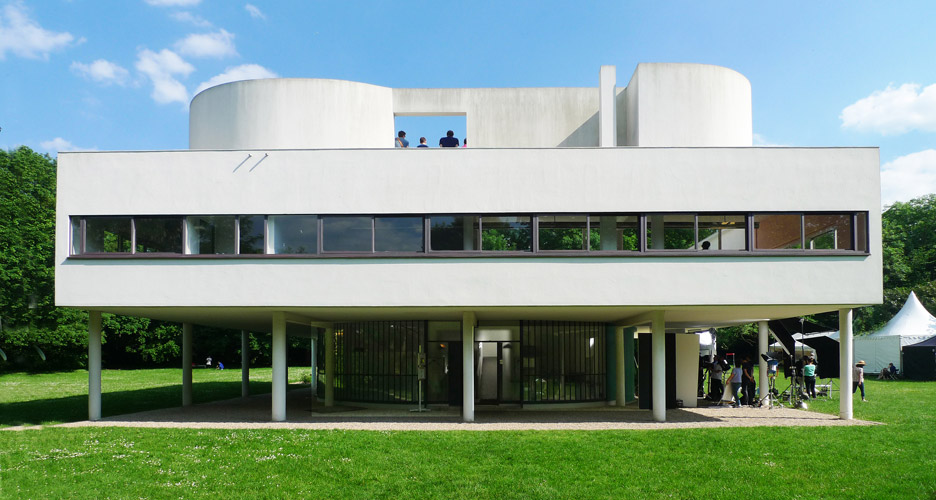 Villa Savoye, 1931
Completed in 1931, Villa Savoye is one of the most important houses of the 20th century. It comprises Le Corbusier’s Five Points of Architecture: a pilotis that lifts the building up above the ground, a flat roof that could serve as a garden and terrace, open-plan interiors, ribbon windows for light and ventilation, and a free facade independent of the load-bearing structure. 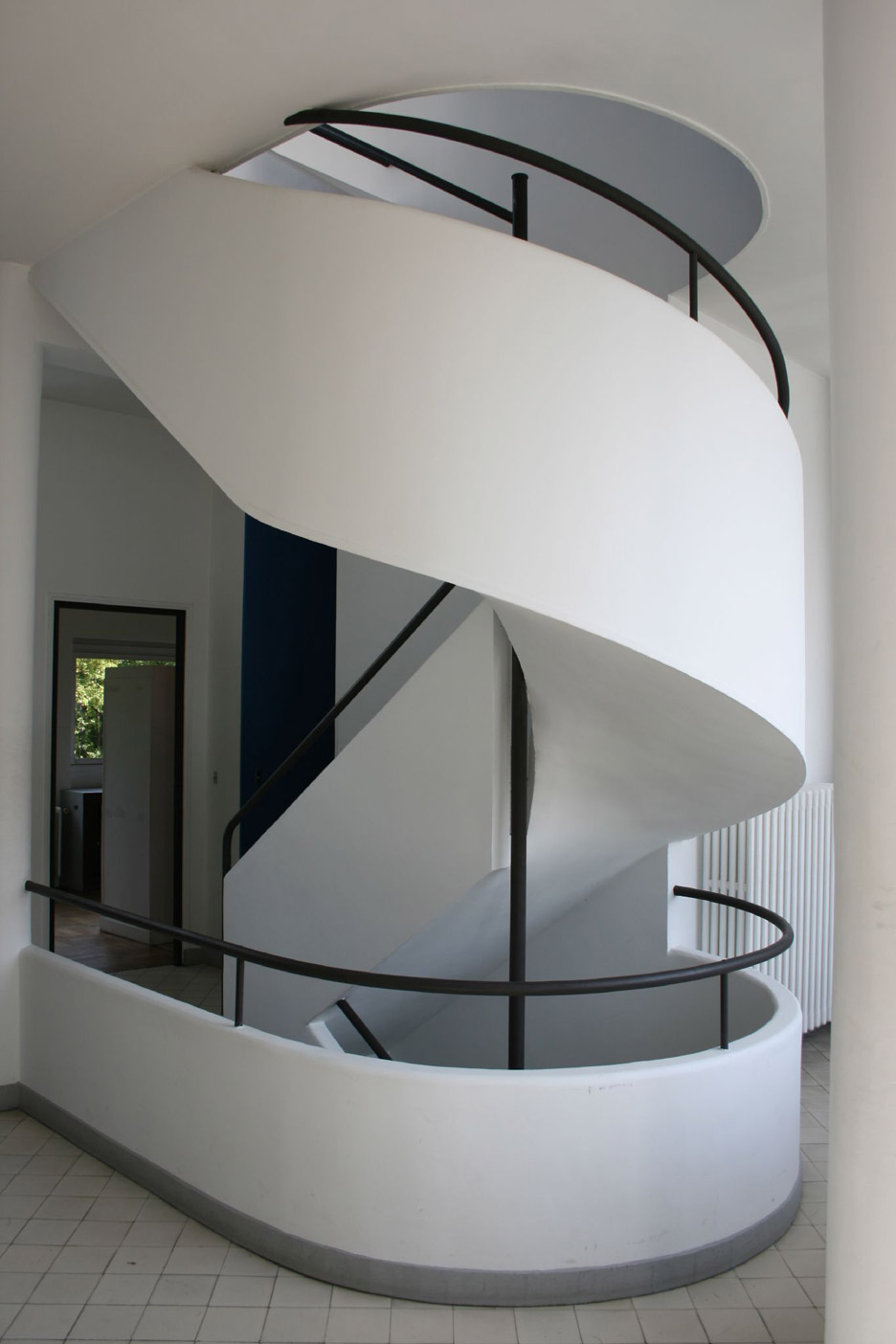 Villa Savoye Staircase
Following the second World War, Corbusier focused on urban design and in 1947 he was commissioned to design a multi-family residential housing project for the people of Marseille. 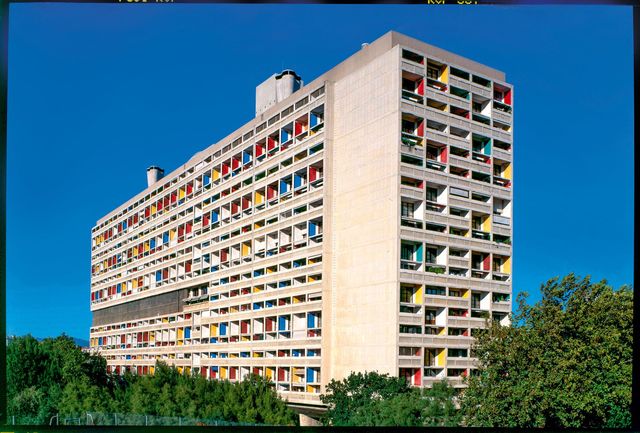 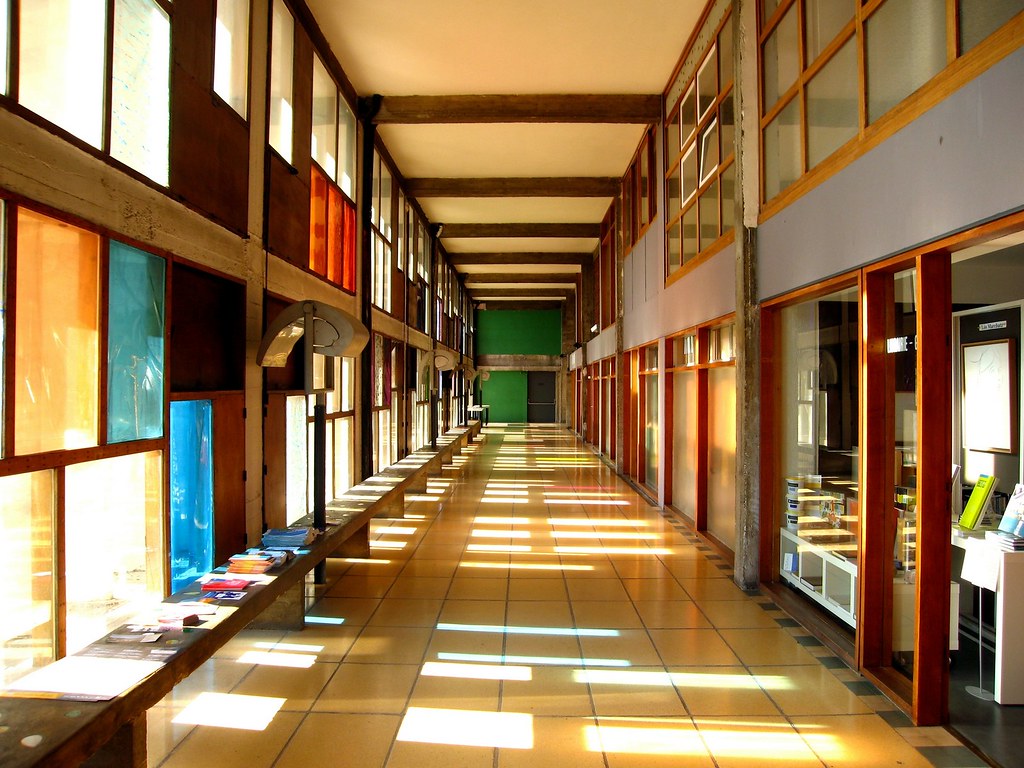 Interior of la Cité Radieuse, Marseille
Unite d’Habitation set the example for urban public housing worldwide that became popular in the second half of the 20th century.  It is said to have significantly influenced the ‘Brutalist Style’ with the use of beton-brut concrete. 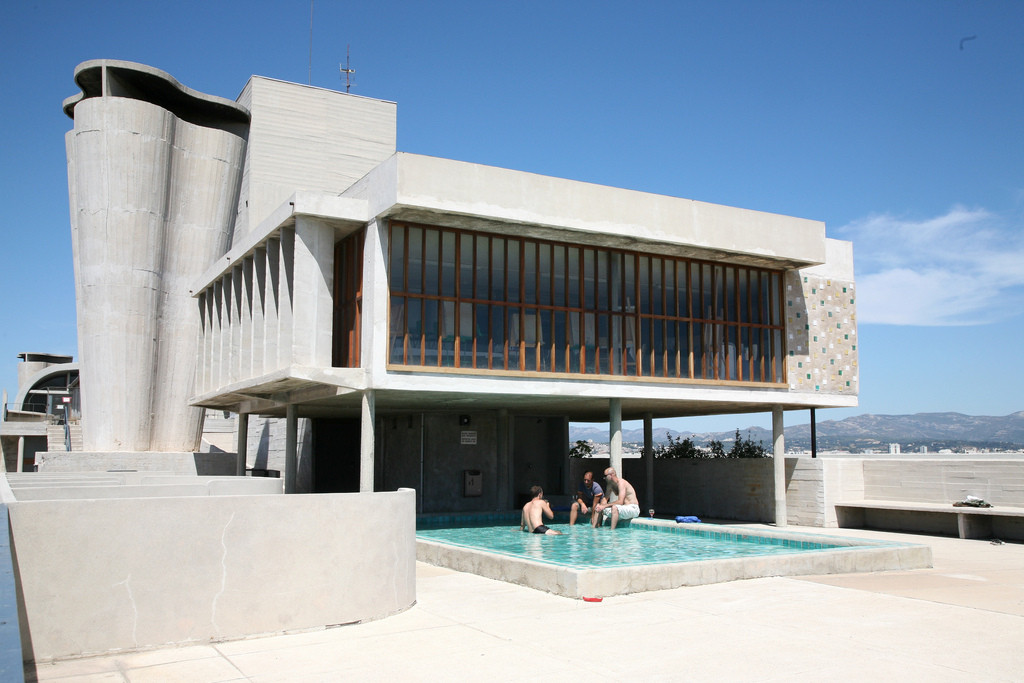 Roof top pool, at La Cité Radieuse, Marseille
Built by Corbusier in 1925, Maison La Roche in Paris, is now a museum dedicated to his works and is open to the public. 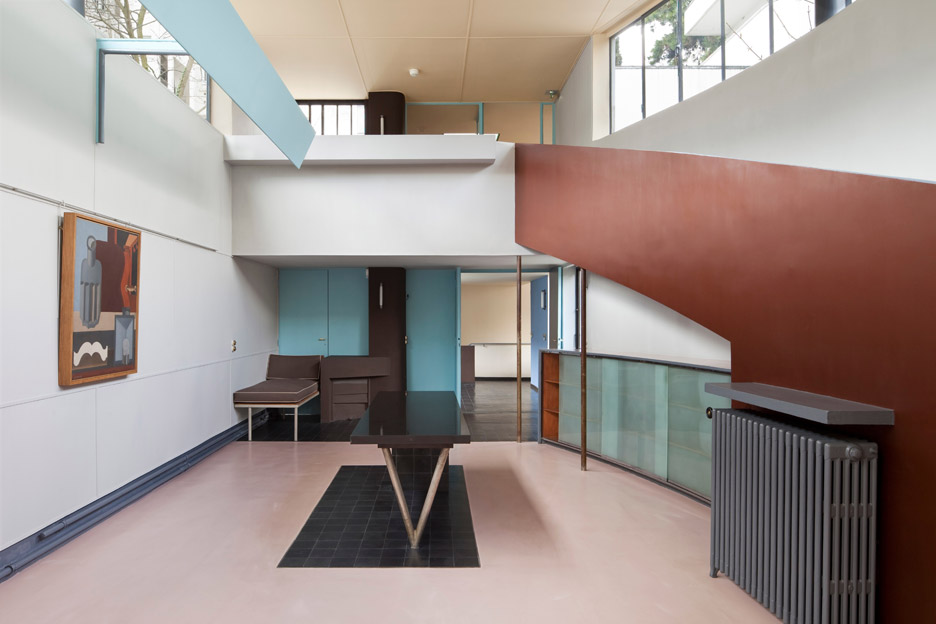