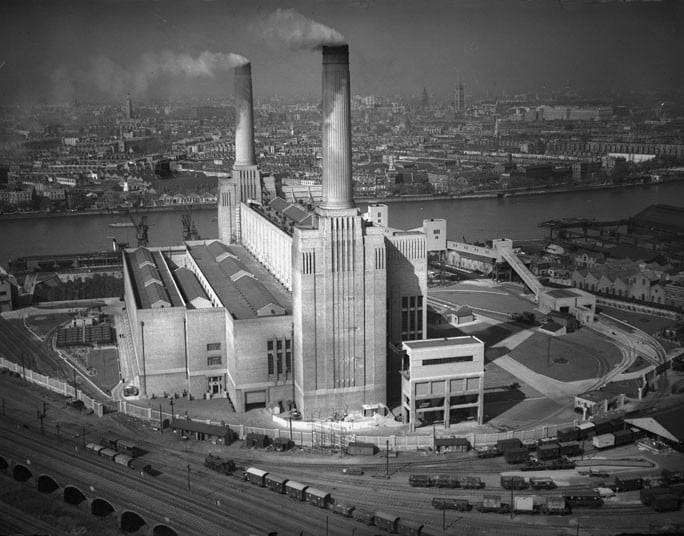 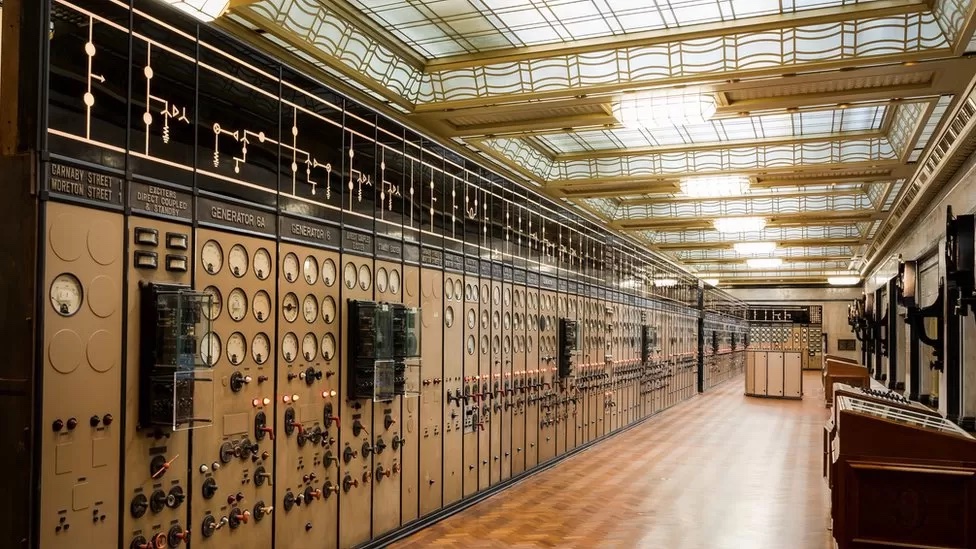 Art Deco designed Control Room A
The interior of the power station was as beautifully conceived as the exterior. Control Room A managed the distribution of power across London via banks of switchboards and was designed with a parquet floor, wrought iron staircases, an ornate glass ceiling and semi-circular control desk. Due to cost pressures of the war, Power Station B was designed more simply in a ‘brutalist’ style, with stainless steel fittings. 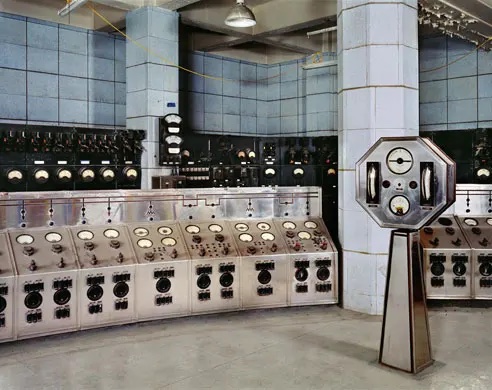 Brutalist designed Control Room B
By 1975, declining efficiency and an increase in maintenance costs forced the closure of Power Station A after 40 years of operation.  Power Station B closed in 1983. A campaign to save the building led to it being awarded Grade II listed status, which prevented it from being demolished. 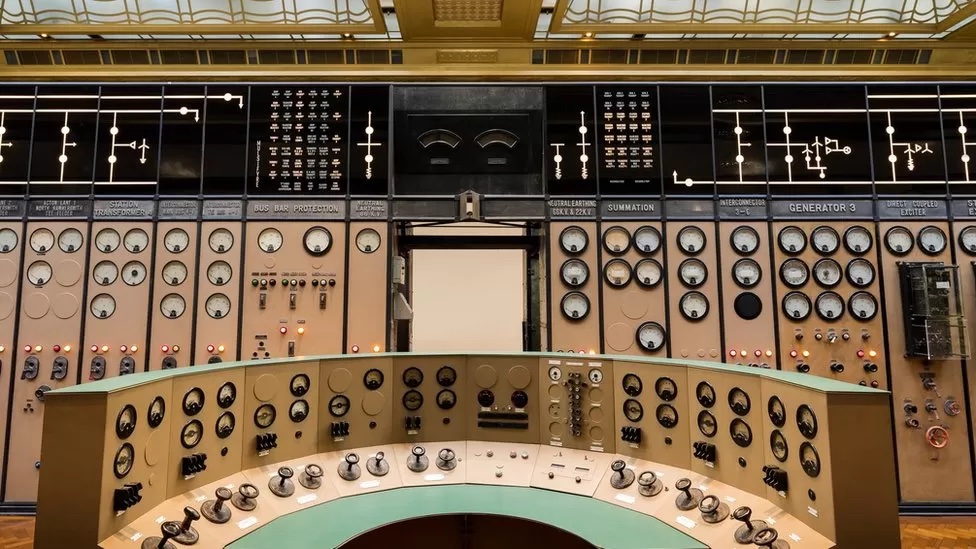 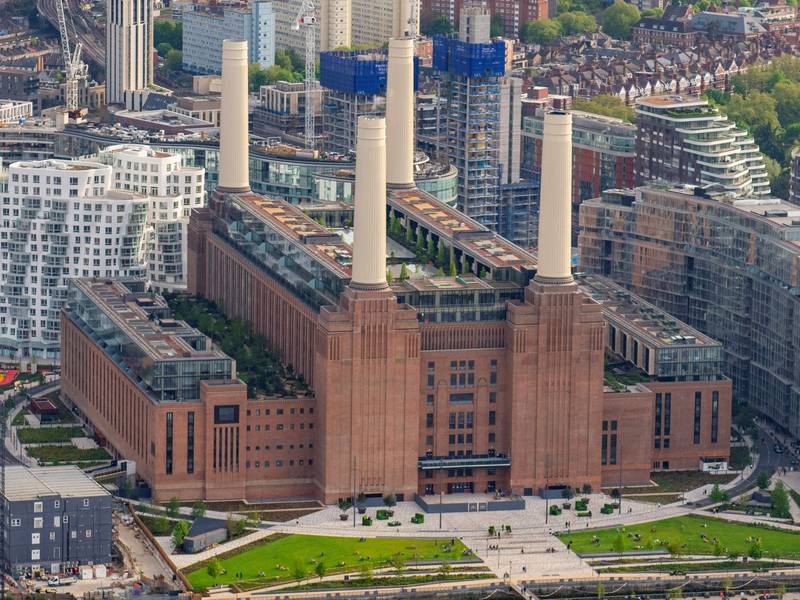