Free UK Delivery for orders over £50.
Sunrise, by Erté, 1984
The evocative work of Romain de Tirtoff, otherwise known as Erté, is quintessentially Art Deco.  Erté was an artist, designer and sculptor born in St. Petersburg, Russia, on 23rd November 1892. 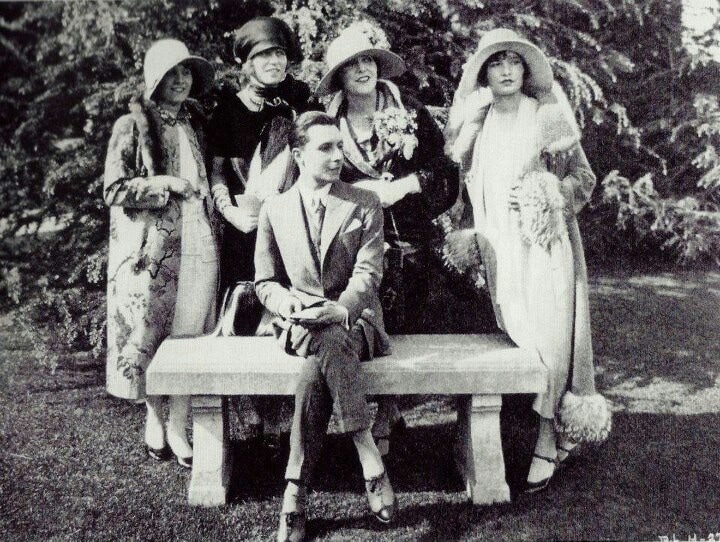 Romain de Tirtoff, known as Erté, 1920's
Romain was brought up in an upper-class household in pre-revolutionary St Petersberg, which was a showcase of art, dance, music, theatre and ballet.  In 1911, Romain moved to Paris to follow his dream and become an artist. 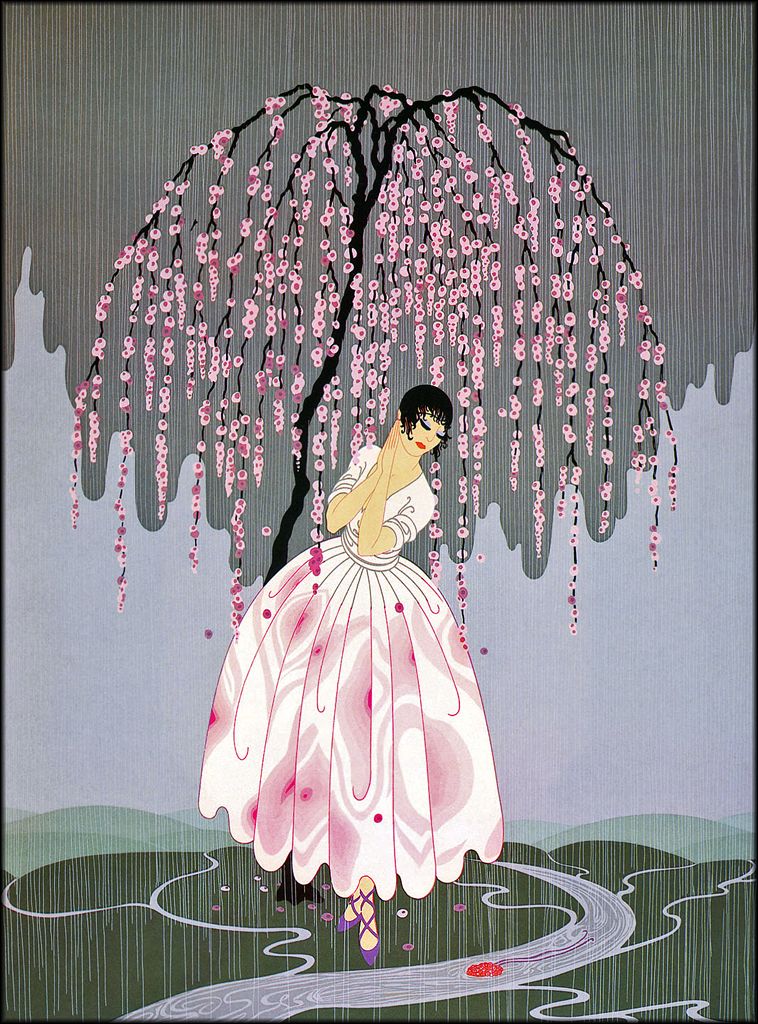 Blossom Umbrella, 1924
In early 1913, Romain went to work as a fashion designer for French couturier Paul Poiret, where he took on the name Erté, the French pronunciation of his initials - R.T.  Erté worked with Poiret until the outbreak of WWI, during which time he designed costumes for theatrical productions in Paris. 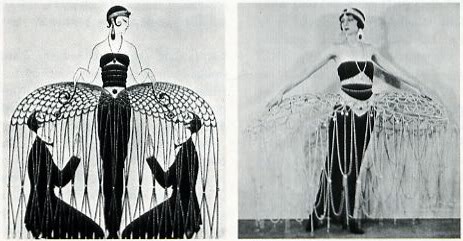 Erté sketch and finished costume, 1920s
In 1915, Erté landed a contract with Harper's Bazaar, illustrating and designing magazine covers and by 1916, Erté was contributing illustrations and designs to Harpers' rival, Vogue. Realising the value Erté’s art brought to their brand, Harpers Bazaar offered Erté an exclusive 10-year contract. Erté went on to design over 240 magazine covers for Harper's, between 1915-1936. 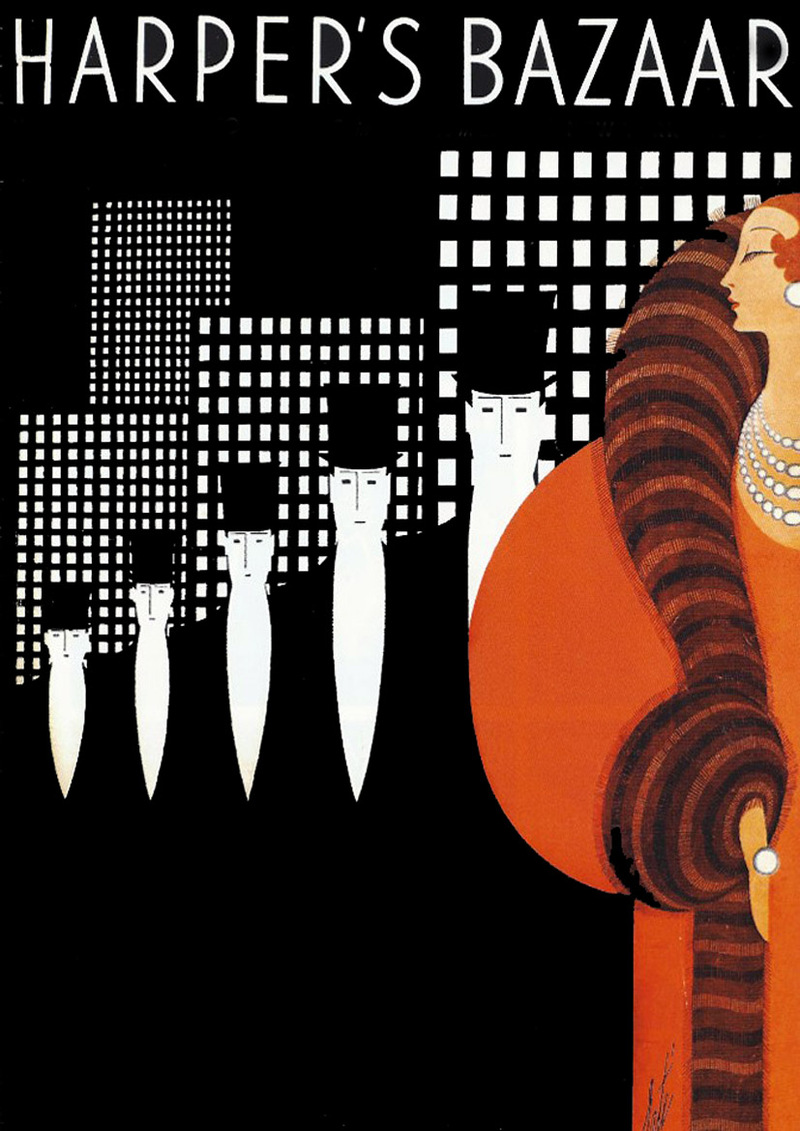 Cover Design for Harpers Bazaar, 1933
Erté’s love of the theatre drove him to design extravagant and exotic costumes and sets for the Folies-Bergére in Paris.  He was later employed by George White, to design sets for his productions on Broadway in New York. 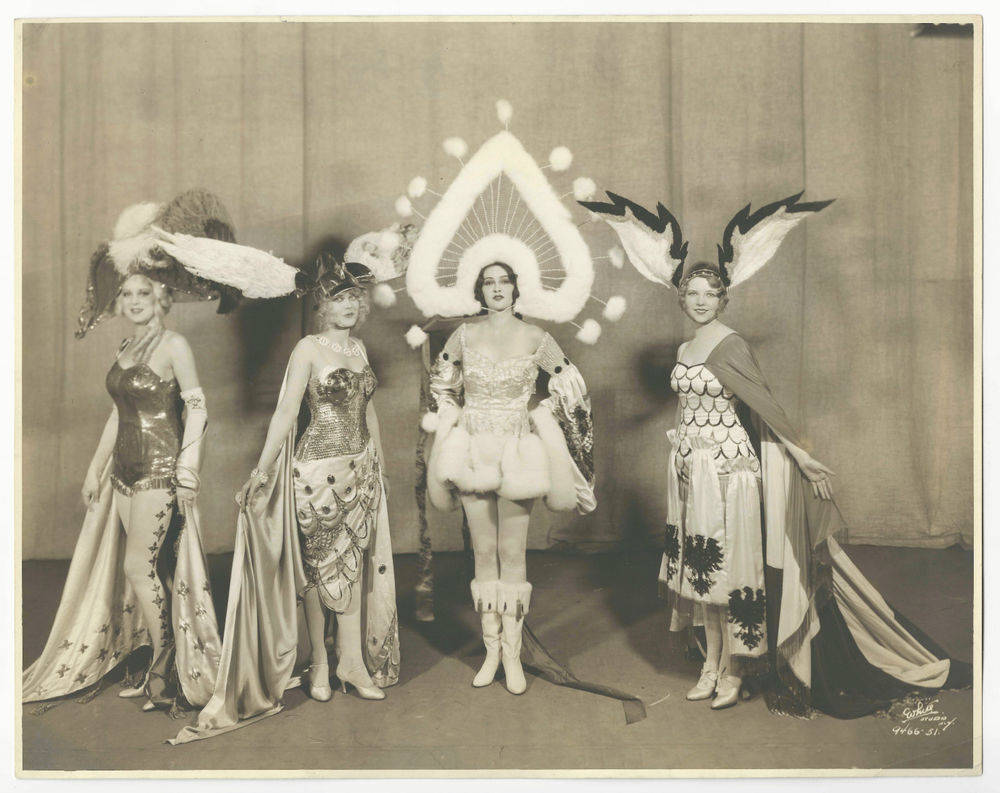 Costumes designed by Erté for George White's 'Scandals', Broadway 1928
During the 1930s, Erté continued to design costumes, jewellery and objects d’art, and by 1937, Erté’s costume and set designs had made its way to London’s West End. 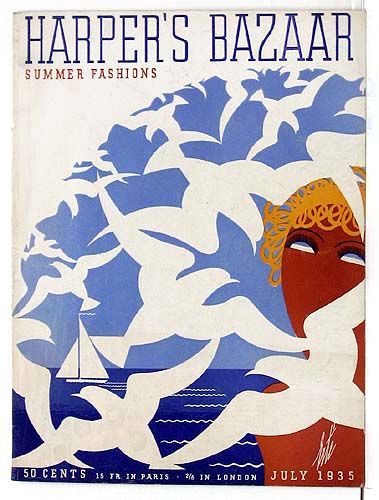 Harper's Bazaar Cover, July 1935
Following WWII, Erté became an obscure figure, until in 1967, art dealer and collector, Eric Estorick, discovered Erté’s work and felt it would appeal to the ‘psychedelic generation’.  Erté’s work and career were revived and he continued to design up until his death in 1990, at the grand age of 97. 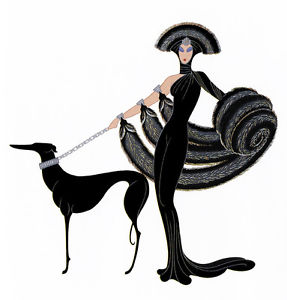 Erté's 'Symphony in Black', 1983
Some of Erté’s most famous works, were designed later in his career. ‘Symphony in Black’, 1983, reflects the opulence of the 1980’s, as does 'Sunrise', whilst epitomising the style of the Art Deco era. 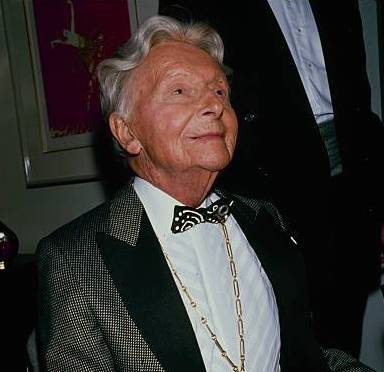