During the years of Prohibition (1920-1933), Harlem in New York City, became a cultural, social and artistic centre for a new generation of African American writers, artists and musicians fleeing the persecution of the Jim Crow laws in the rural Southern States of America.  Key figures of the Harlem Renaissance sought to define a new black identity rebelling against racist and gender stereotypes. 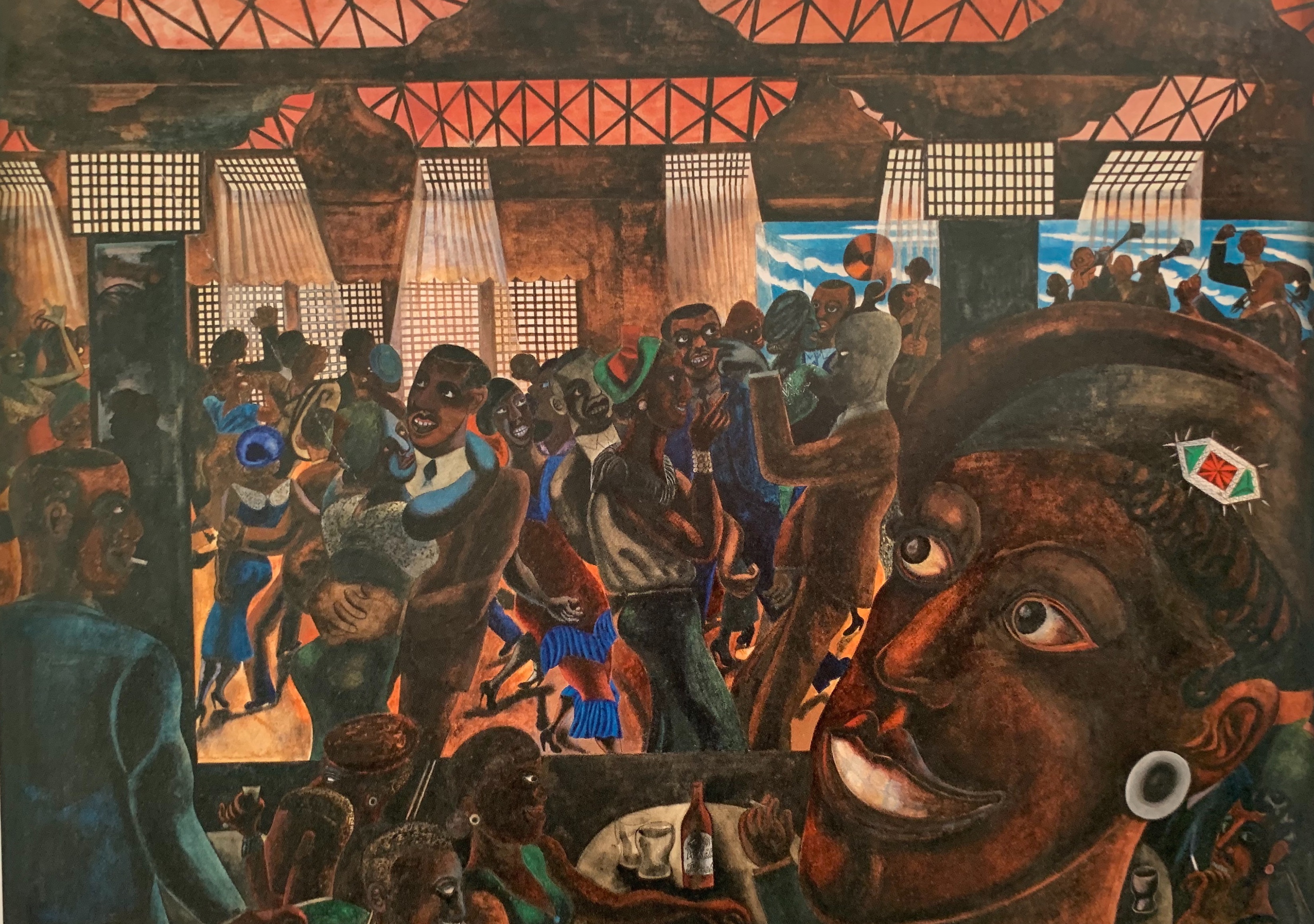 
Harlem was a centre of dancing, underground drinking and jazz, attracting both black and white clientele.  Harlem’s clubs, speakeasies, dance halls and bars put on exuberant cabarets that rivalled downtown New York, Paris and Berlin.  Modernist artist Aaron Douglas was a leading artistic member of the Harlem Renaissance in the 1920s and 1930s.  He captured the spirit of Harlem in his paintings, using Afrocentric imagery juxtaposed against city scapes. 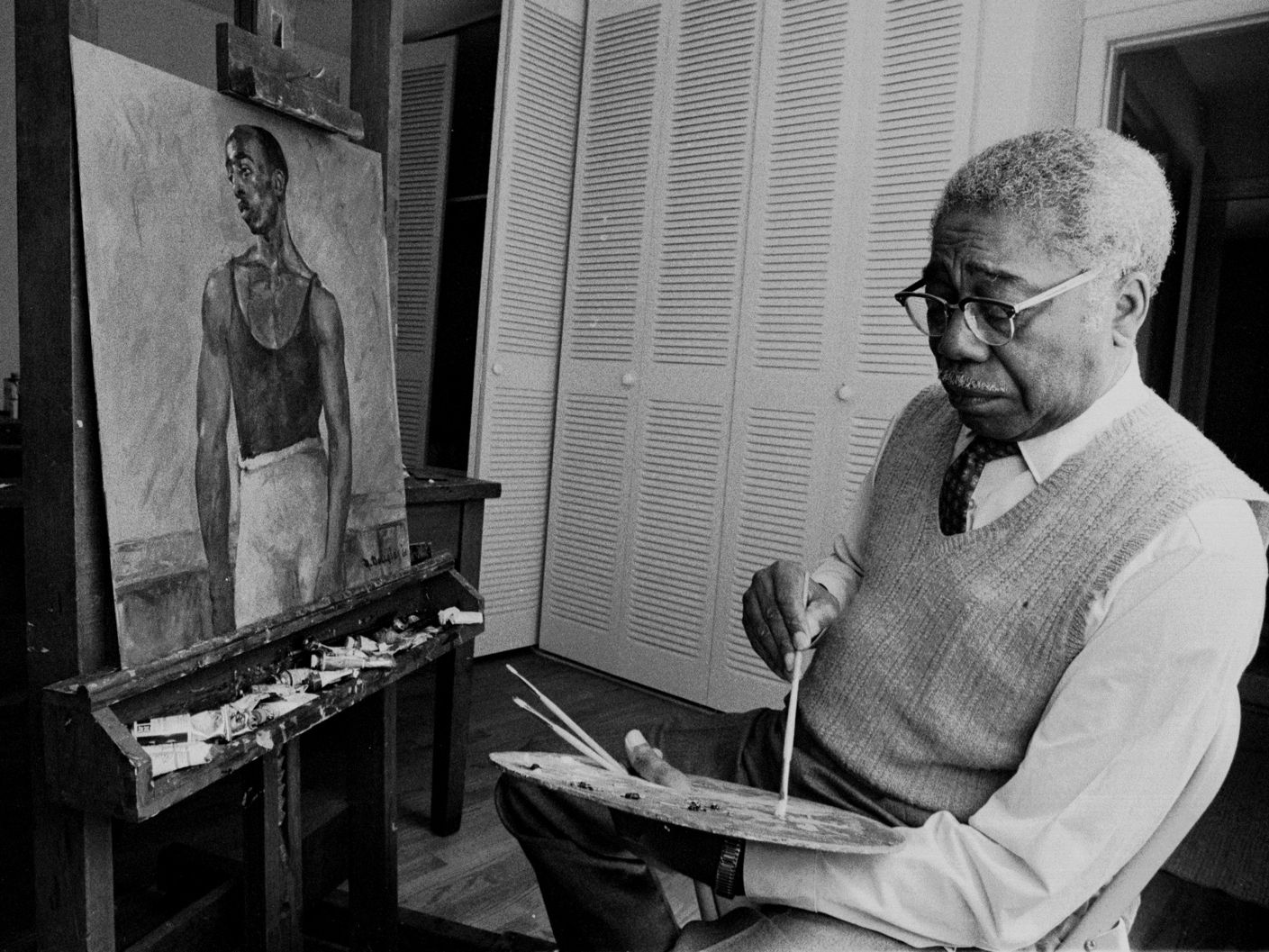 
The more famous clubs included the Cotton Club, the Lennox Lounge, Small’s Paradise, Connie’s Inn, Bamboo Inn and the clubs of Jungle Alley.  Many of these, including Connie’s Inn and the Cotton Club, were expensive, white owned and refused entry to black guests yet they launched the careers of pioneering black performers including Louis Armstrong, Duke Ellington and Ella Fitzgerald. 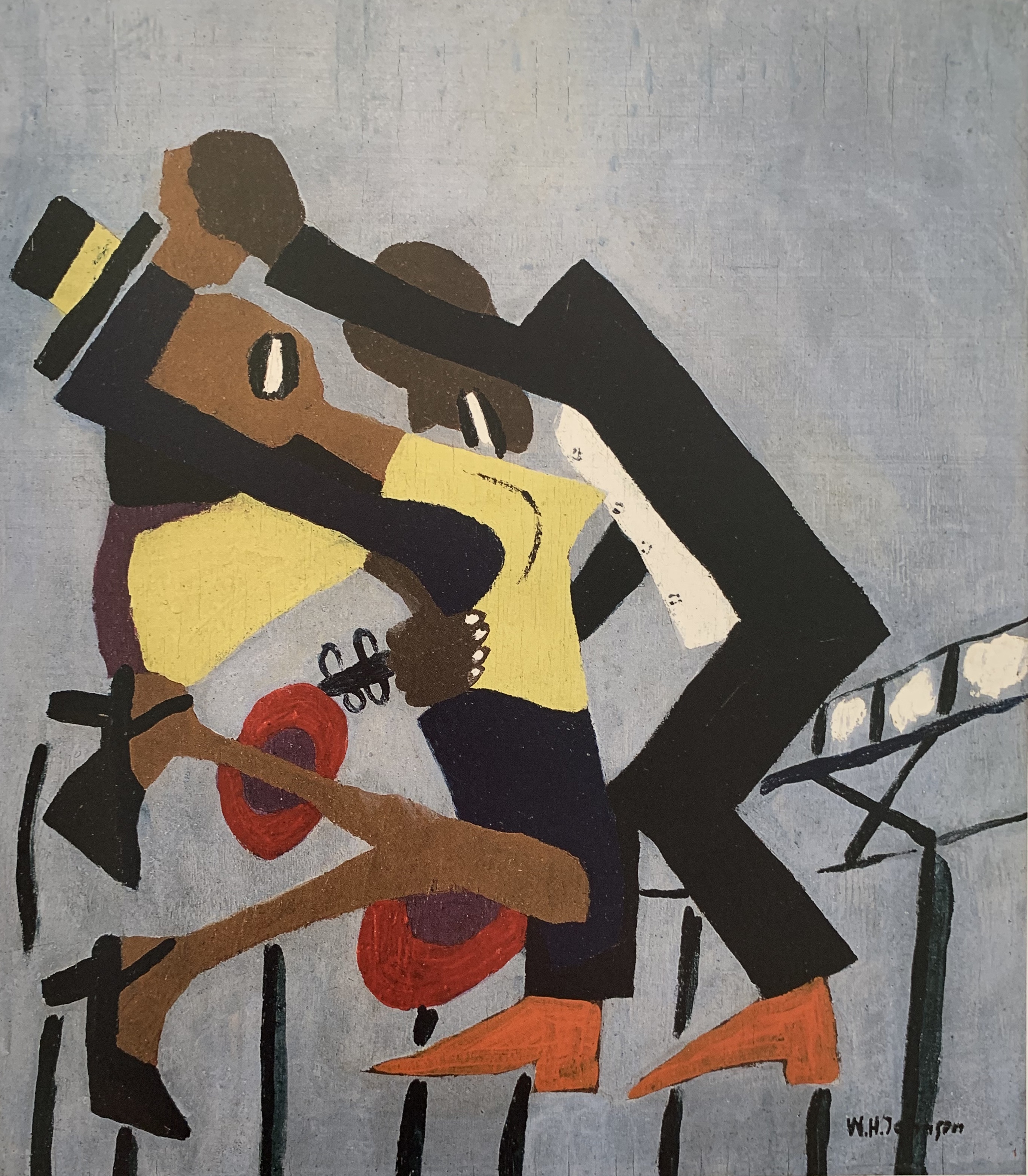 Illustrator Elmer Simms Campbell, captures the spirit of the scene in his 1932 map, ‘A Night Club Map of Harlem’.  It depicts the places to see and be seen in Harlem - dancing to Cab Calloway’s Jazz Band at the Cotton Club, ‘one of the fastest stepping revues in N.Y.’ or frequenting Club Hot-cha where 'nothing happens until 2am..ask for Clarence’ where artists continued performing late into the night.

From Slavery through Reconstruction, by Aaron Douglas, 1934

When Duke Ellington began broadcasting live from the Cotton Club in 1928, Harlem became famous countrywide and earned its reputation as a place of pleasure and nightlife that allowed the mixing of the races. As Aaron Douglas later recalled, ‘The Renaissance period was the heyday of peaceful relations between races in New York City’ and led to jazz clubs springing up across America and later Europe.