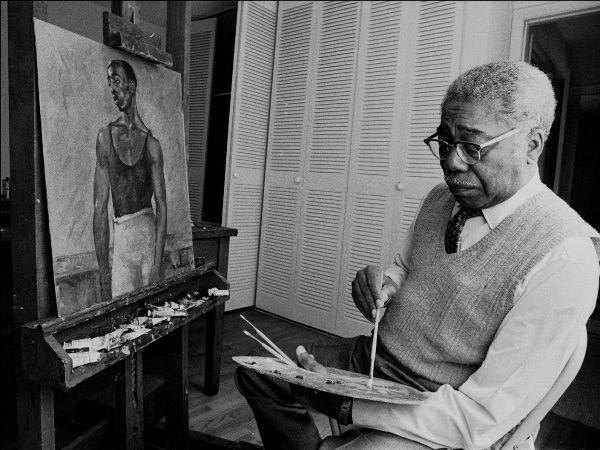 Aaron Douglas at work
Douglas moved to Harlem in the mid-1920s, shortly after the landmark publication of the Survey Graphic magazine in March 1925 entitled “Harlem: Mecca for the new Negro”, which included essays by progressive African American leaders.  Douglas declared it was this issue that inspired him to move to New York. 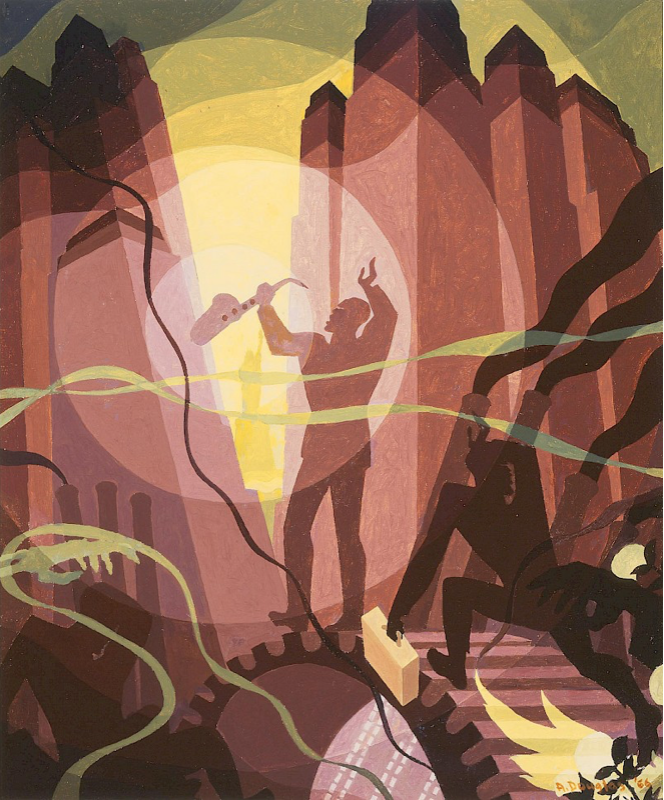 Song of the Towers, Aaron Douglas, 1934
During the 1920s, Douglas illustrated for African American magazines, including ‘The Crisis ; the official magazine of the National Association for the Advancement of Colored People' (NAACP) and 'Opportunity: Journal Of Negro Life', a magazine associated with the Harlem Renaissance, which was published from 1923 to 1949.  This brought his work to the attention of other writers and novelists who were leading lights of the Harlem Renaissance. 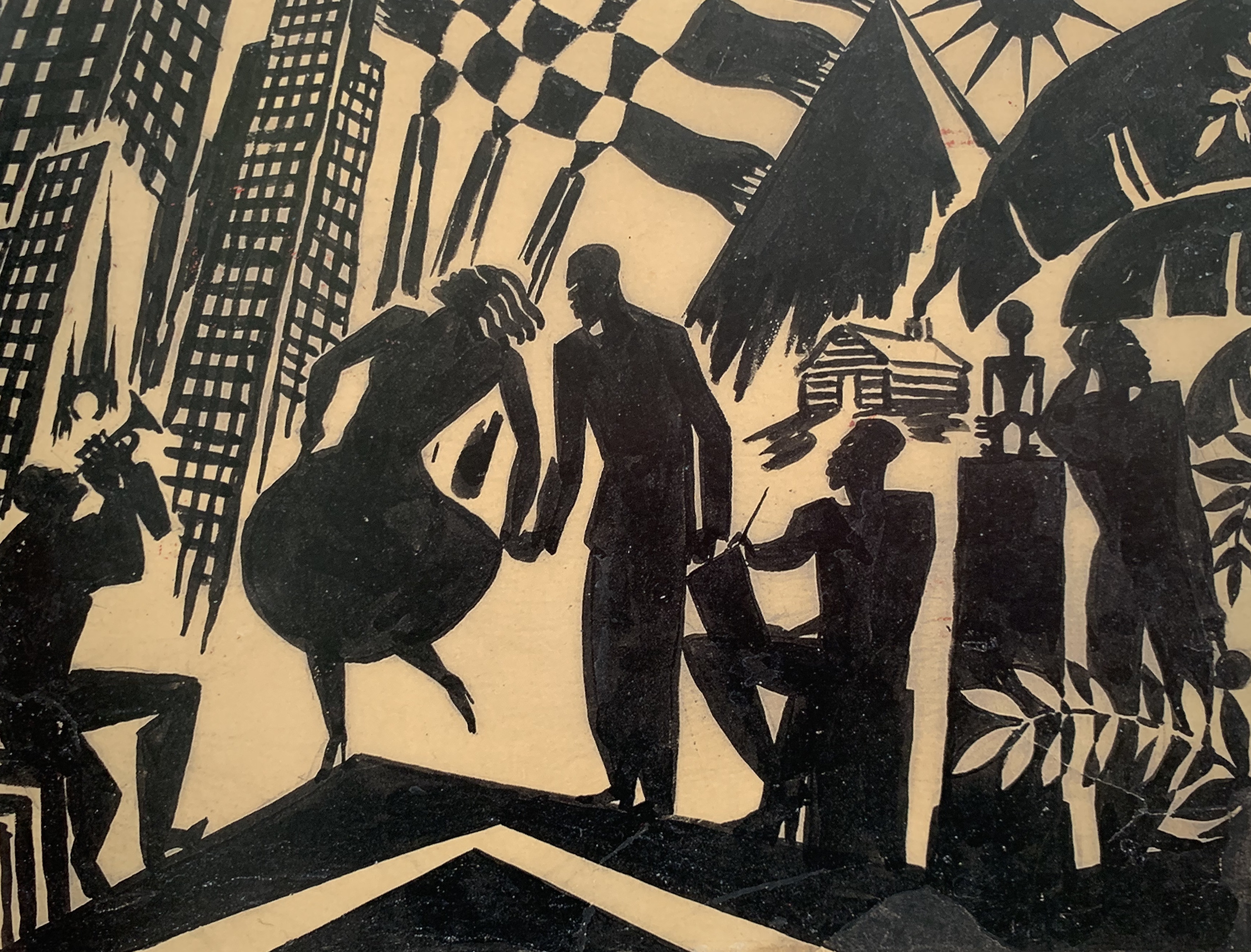 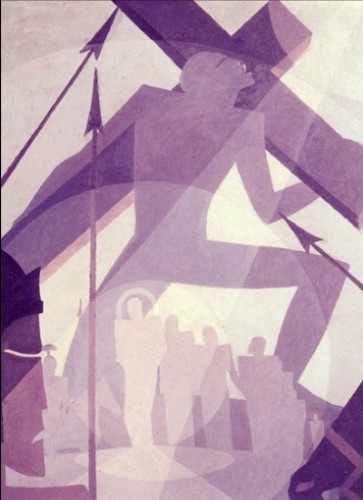 Crucifixion, Aaron Douglas 1927
This work found critical acclaim and was a breakthrough for Douglas who received numerous commissions, including an invitation from Fisk University in Nashville to create murals for the new campus library.  This began a lifelong relationship with Fisk University, where Douglas served as assistant professor of art education during the 1930s and later chairman of the art department. Douglas continued to teach until his retirement in 1966. 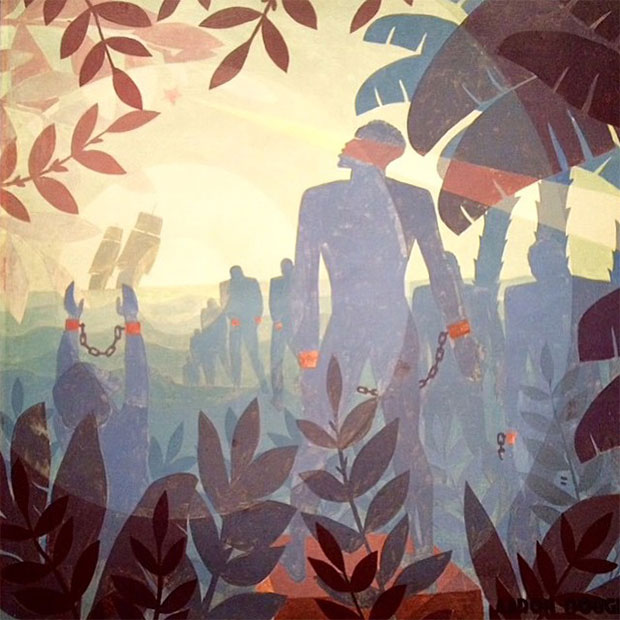 Into Bondage, Aaron Douglas, 1936
In 1963, Douglas was invited by President John F. Kennedy to attend a celebration of the centennial of the Emancipation Proclamation, held at the White House. He was also awarded an honorary doctorate from Fisk University in 1973. He remained an active painter and lecturer until his death in 1979. 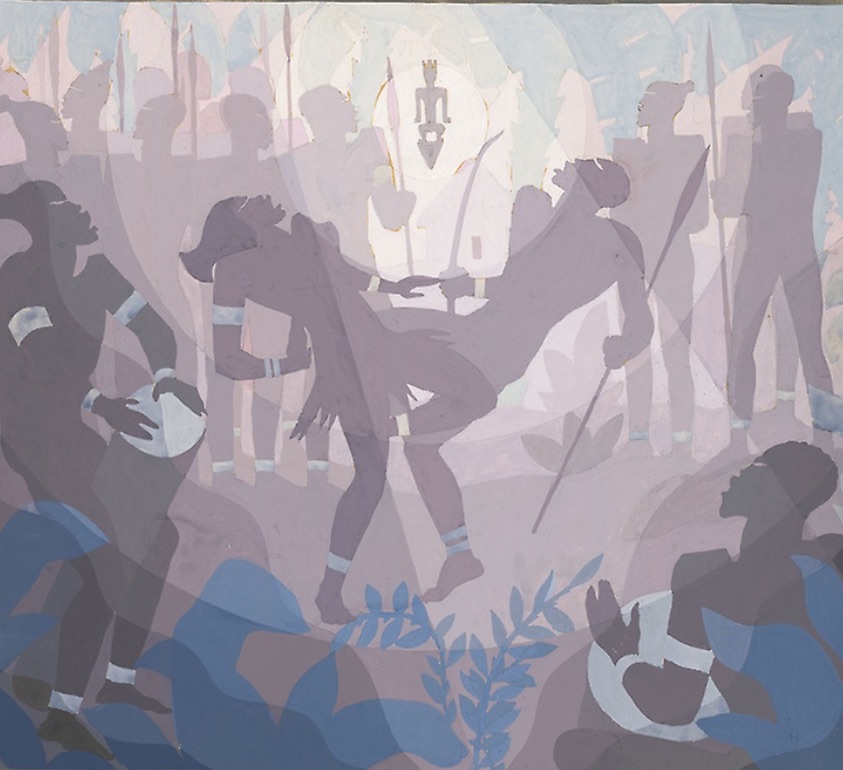