Free UK Delivery for orders over £50.
Asscher cut diamond ring in a platinum

Art Deco design was reflected in the jewellery of the 1920s and 1930s. New materials, such as platinum and bright coloured gems, such as emeralds and sapphires, became popular and were used to great effect when accompanied by beautifully cut diamonds.  Jewellery designers used new techniques to cut gemstones in ways that oozed opulence, extravagance and modernity. 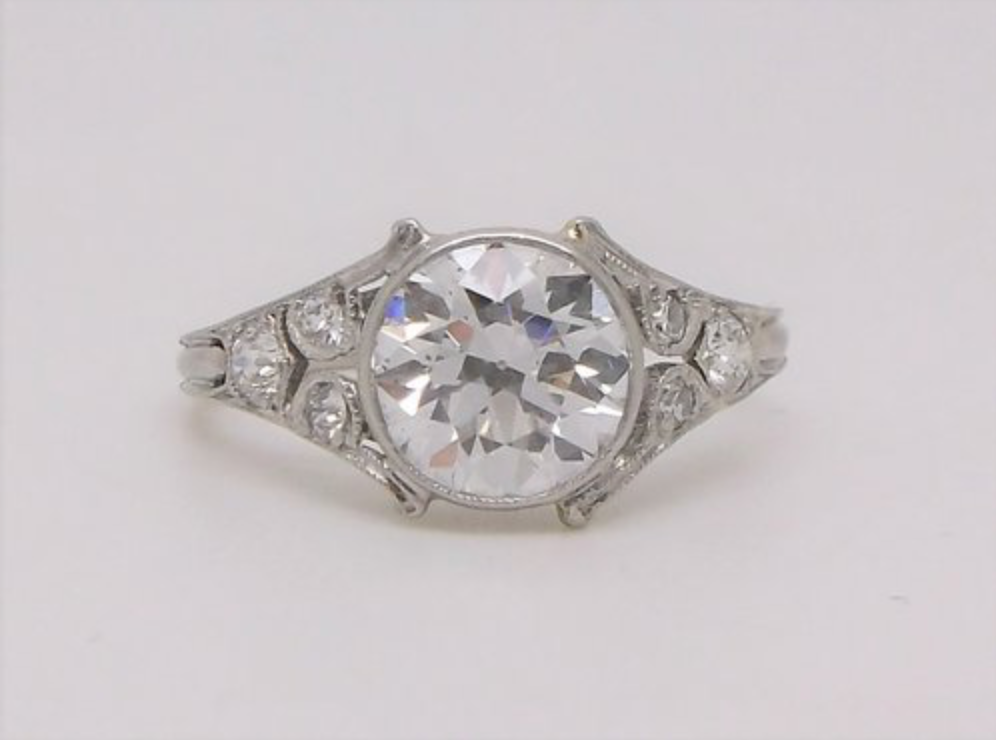 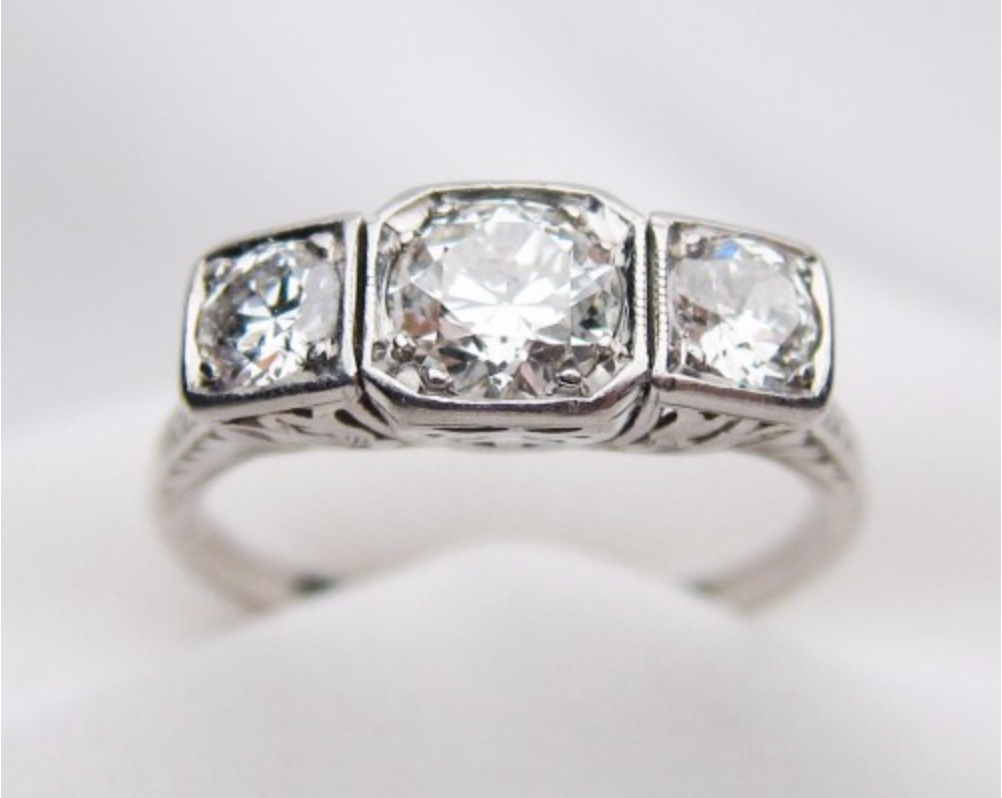 Cut from approximately 1918 through the 1920s and perfected by Henry Morse and his partner Charles Field, the transitional-cut diamond is a round and consistently proportioned, faceted cut. 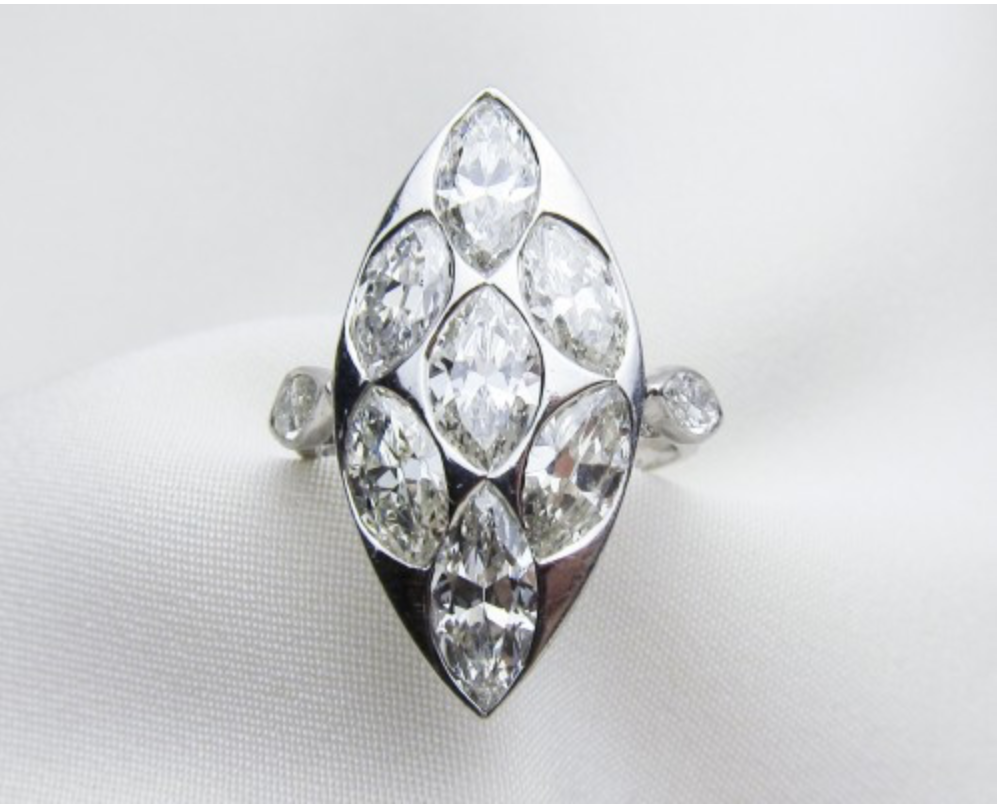 The brilliant cut was invented in 1919 by Marcel Tolkowsky applying mathematical proportions to the cutting of stones, to create maximum brilliance and dispersion of light. 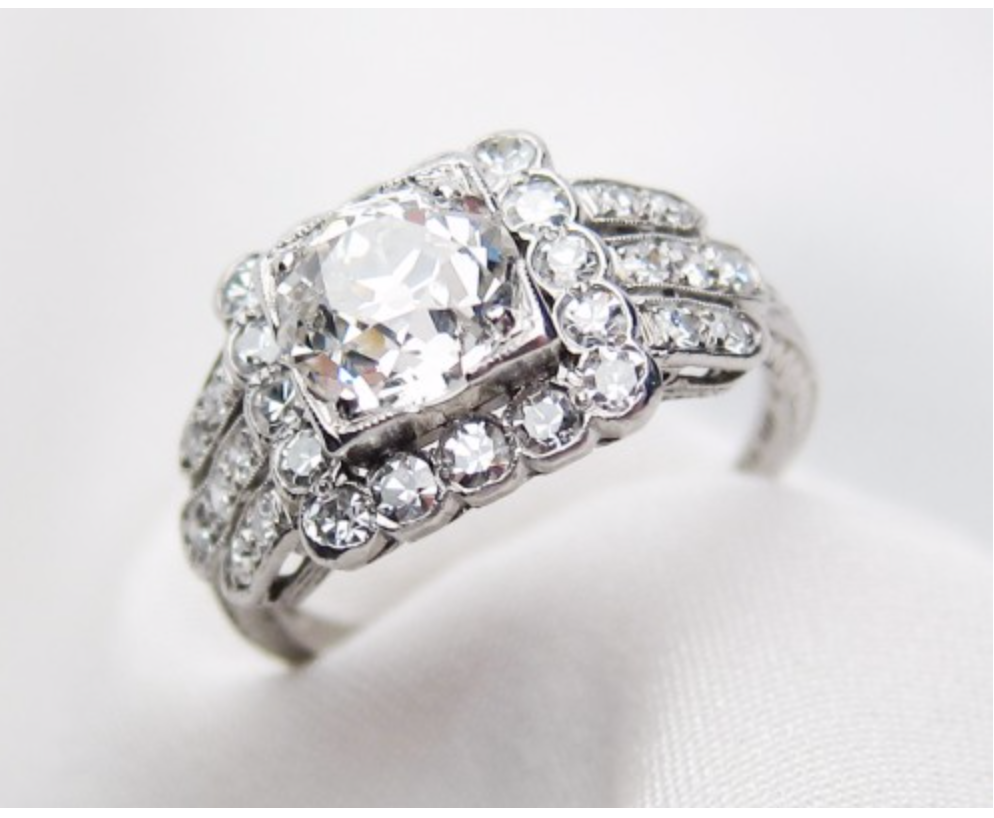 The illusion setting is a square setting for a round European cut, transitional cut, or early-modern brilliant-cut diamond, highly popular in the 1920s through to the 1950s. The Illusion setting gives the round stone a square look. 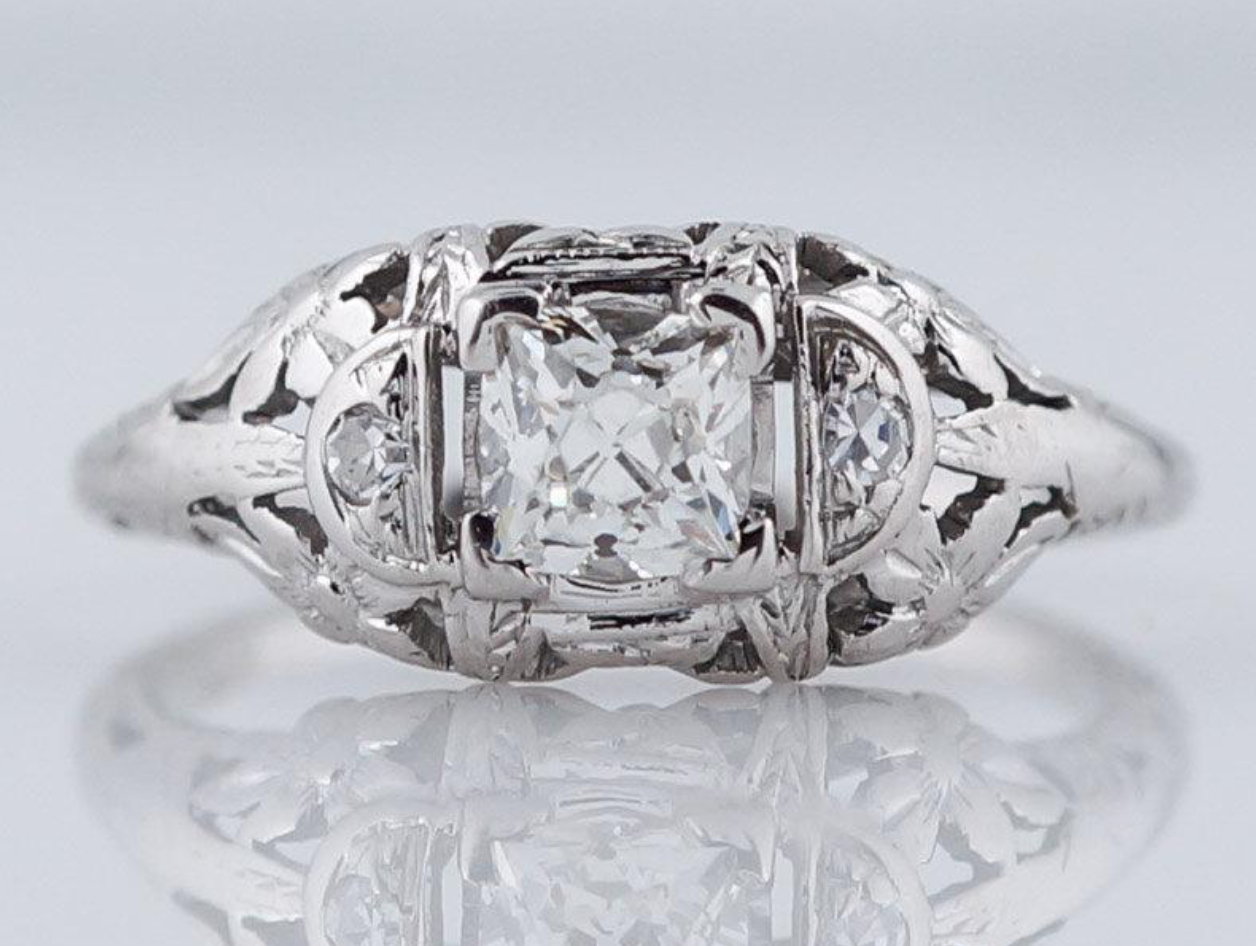 The French cut diamond is a square diamond cut very popular in the Art Deco era. It looks like a square from above with the facets creating the look of a four-pointed star 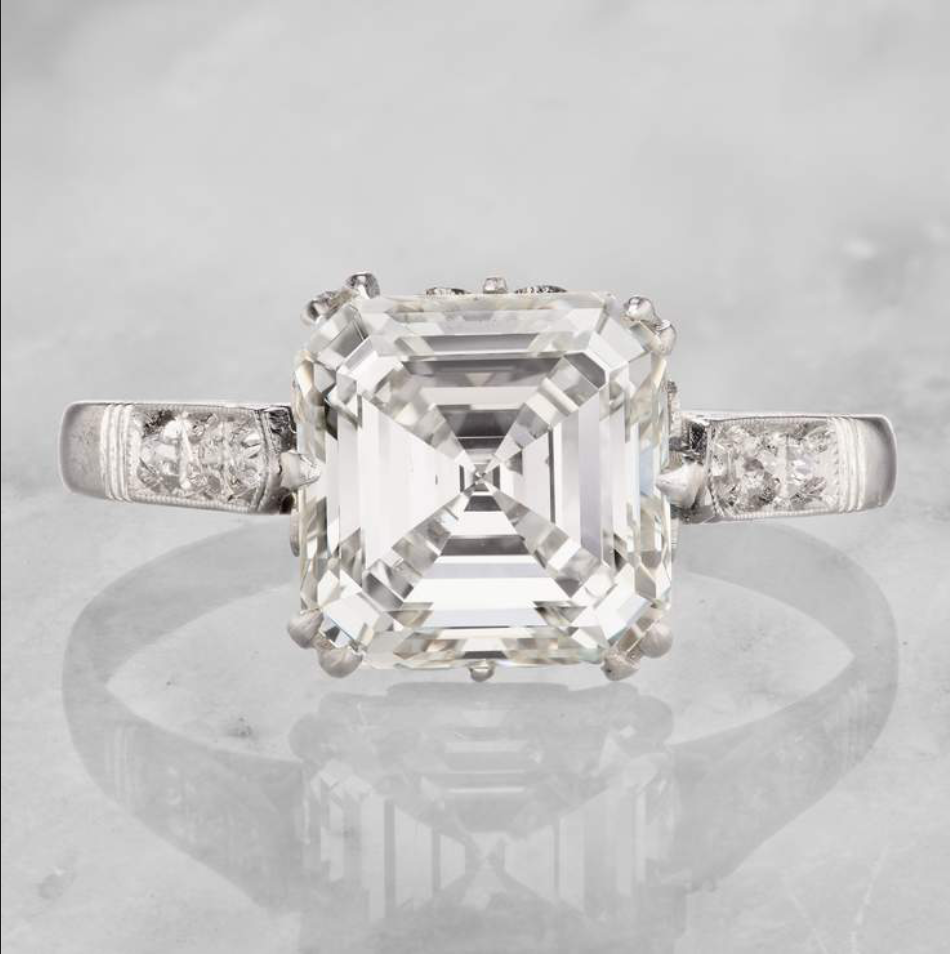 Developed in 1902 and popular during the Art Deco era for its geometric form and square step-cut shape, with wide corners, the vintage Asscher cut is one of the most rare and beautiful diamond cuts. Only the most expert cutters made Asscher cuts, and only the finest stones were used. When cutting the diamond much of the stone is lost, which is one of the reasons the Asscher cut is so rare and those that exist are so valuable.
1920s 1920s fashion 1930s art deco Asscher cut Brilliant Cut deco london diamond French Cut Ilusion Set jazz age luxury Marquise Old European Transitional Cut vintage style
Share Tweet Pin