Free UK Delivery for orders over £50.
Opulent Art Deco doors of the Liberty Cinema in Mumbai
Mumbai, the Indian city formerly called Bombay hosts the most Art Deco buildings in Asia, around 300 and still counting.  In 2012, Mumbai’s ‘Victorian Gothic and Art Deco precinct’ was recognised by UNESCO as a world heritage site. 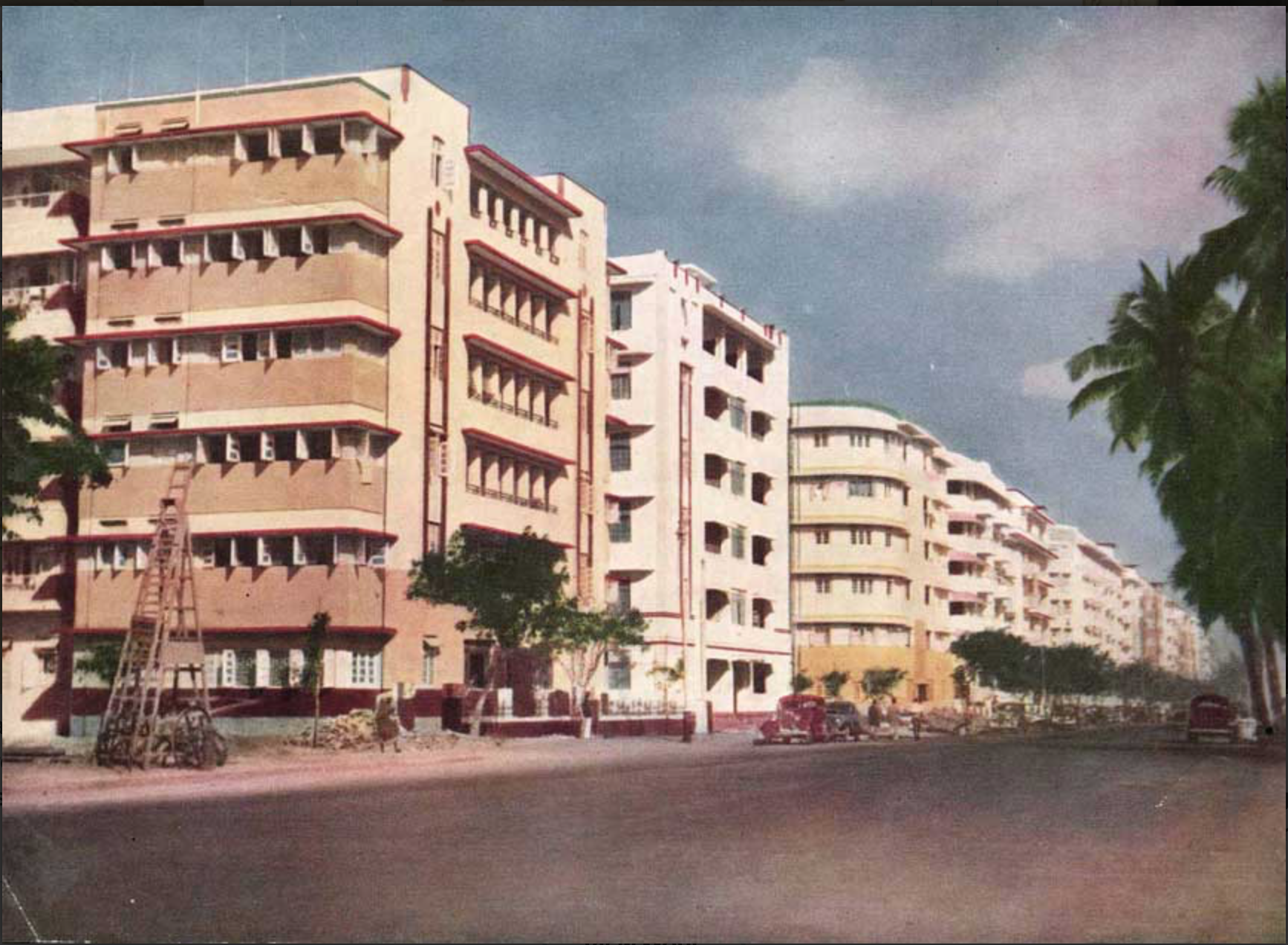 Oval Maiden Modern Apartment Buildings with cantilevered balconies and chhajja
Inspired by the European trend of ‘Art Moderne’ and wanting to break away from the colonial style of the British Empire, wealthy Indians directed architects to embrace Art Deco and bring sophistication and colour to their homes and commercial buildings.  Building work began across Mumbai in the early 1930s and continued in the Deco style into the early 1950s. 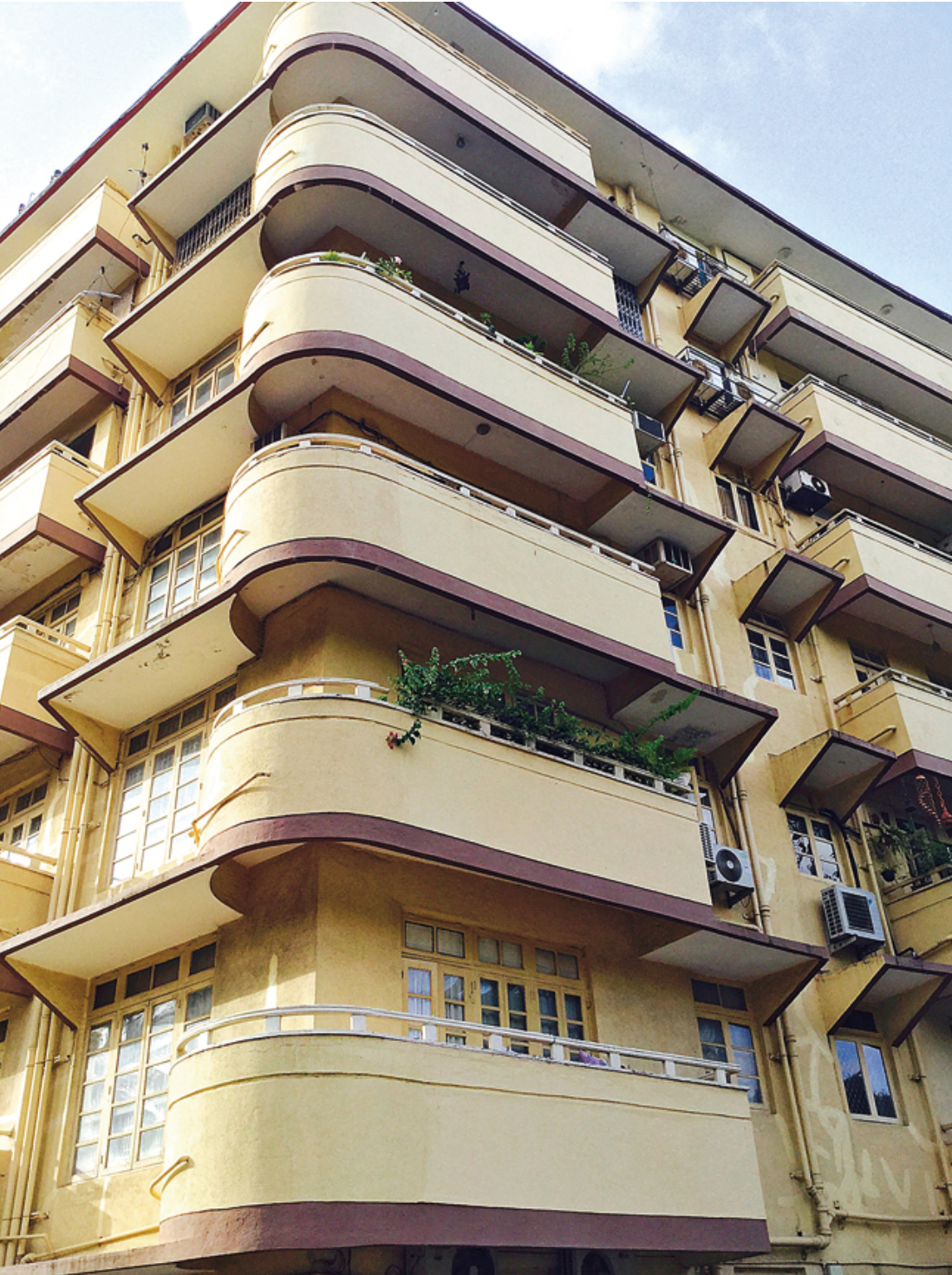 Cantilevered balconies on Marine Drive Mumbai
Mumbai owes much of its cosmopolitan lifestyle to the Art Deco constructions, which brought apartment living to the city.  The use of reinforced concrete enabled swift, cost-effective construction of airy apartments with decorative motifs adorning facades.  Cantilevered balconies and windows with ‘chhajja’ (overhanging roofs) allowed the inhabitants to enjoy the tropical weather year-round, providing shelter from the rain and sun with the windows providing fresh sea air. 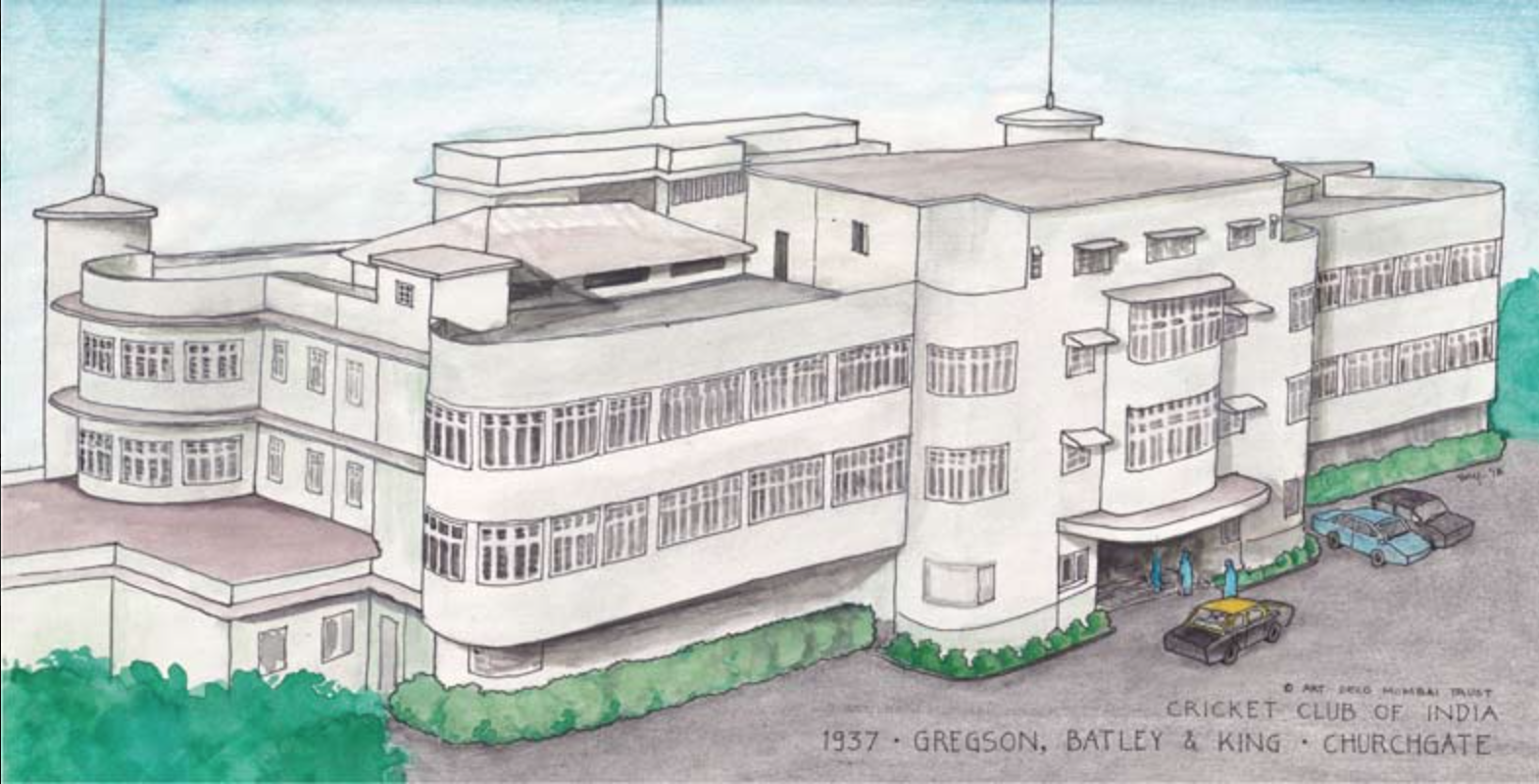 Brabourne Cricket Stadium built in 1937
Brabourne Stadium, designed by Pierre Avicenna d’Avoine and opened in 1937, was designed as a cosmopolitan world-class stadium and home of the Cricket Club of India (CCI).  The stadium was designed to give every viewer a unobstructed view of the cricket match, no matter where they were seated and the club welcomed everyone, regardless of religion or status. 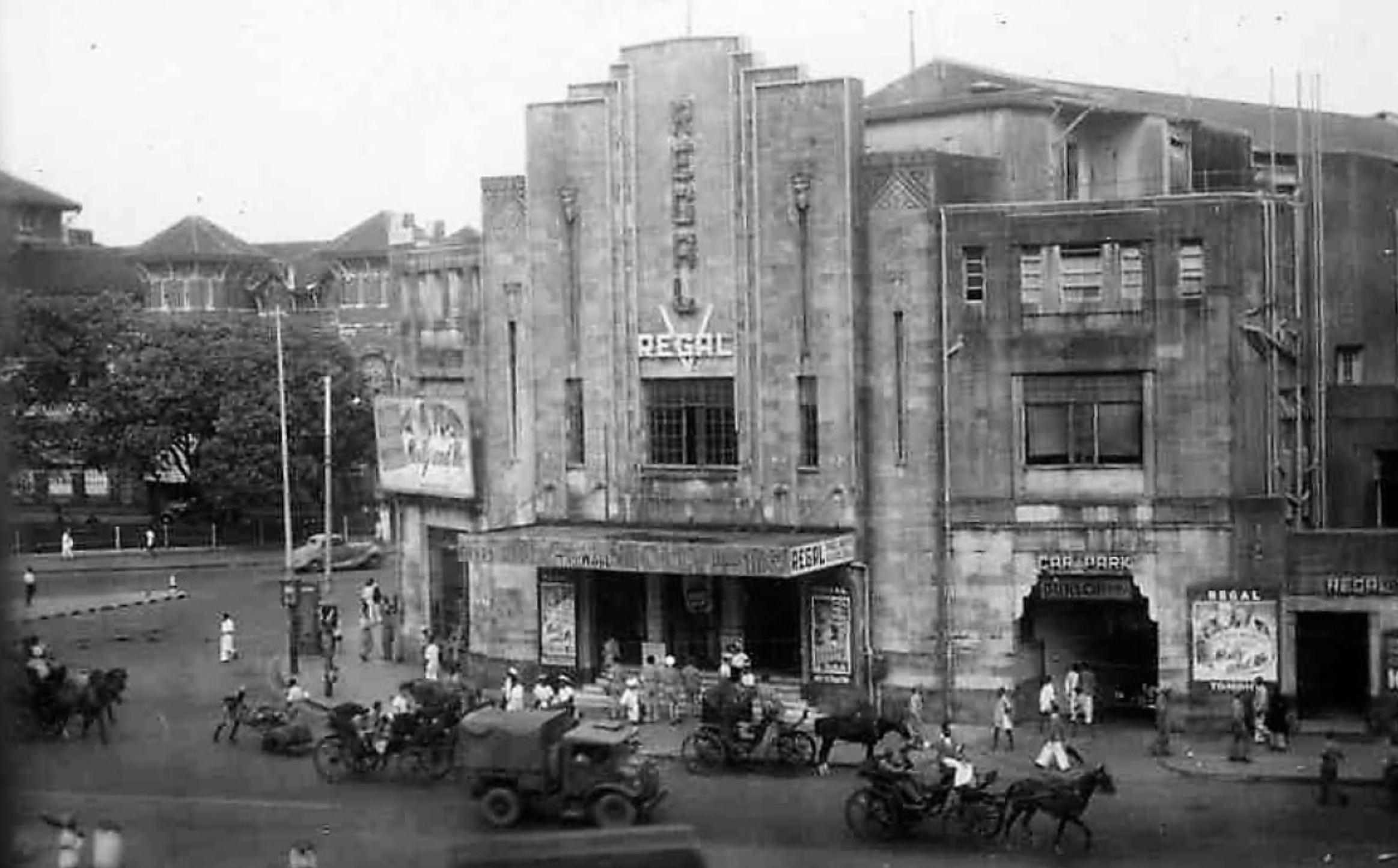 Regal Cinema Mumbai - opened 1933
Opened in 1933, the Regal Cinema in Mumbai was built during the 1930s cinema boom.  The Regal was the first of its kind in India with a ‘gallery on a 70-foot clear span girder with supporting columns’ that gave all patrons an unobstructed view.  It was also the first Cinema to be air-conditioned, with fans set into the ceiling. 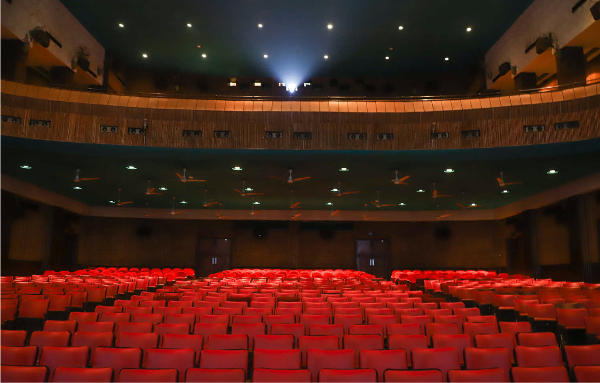 Regal Cinema Interior showing the gallery
The Liberty Cinema, opened in 1949 and named in recognition of India's independence, is a mixture of British and Indian design. Its simple exterior belies an opulent interior of red and gold with oval shaped ceiling lights in the lobby and a 1200 seat auditorium. 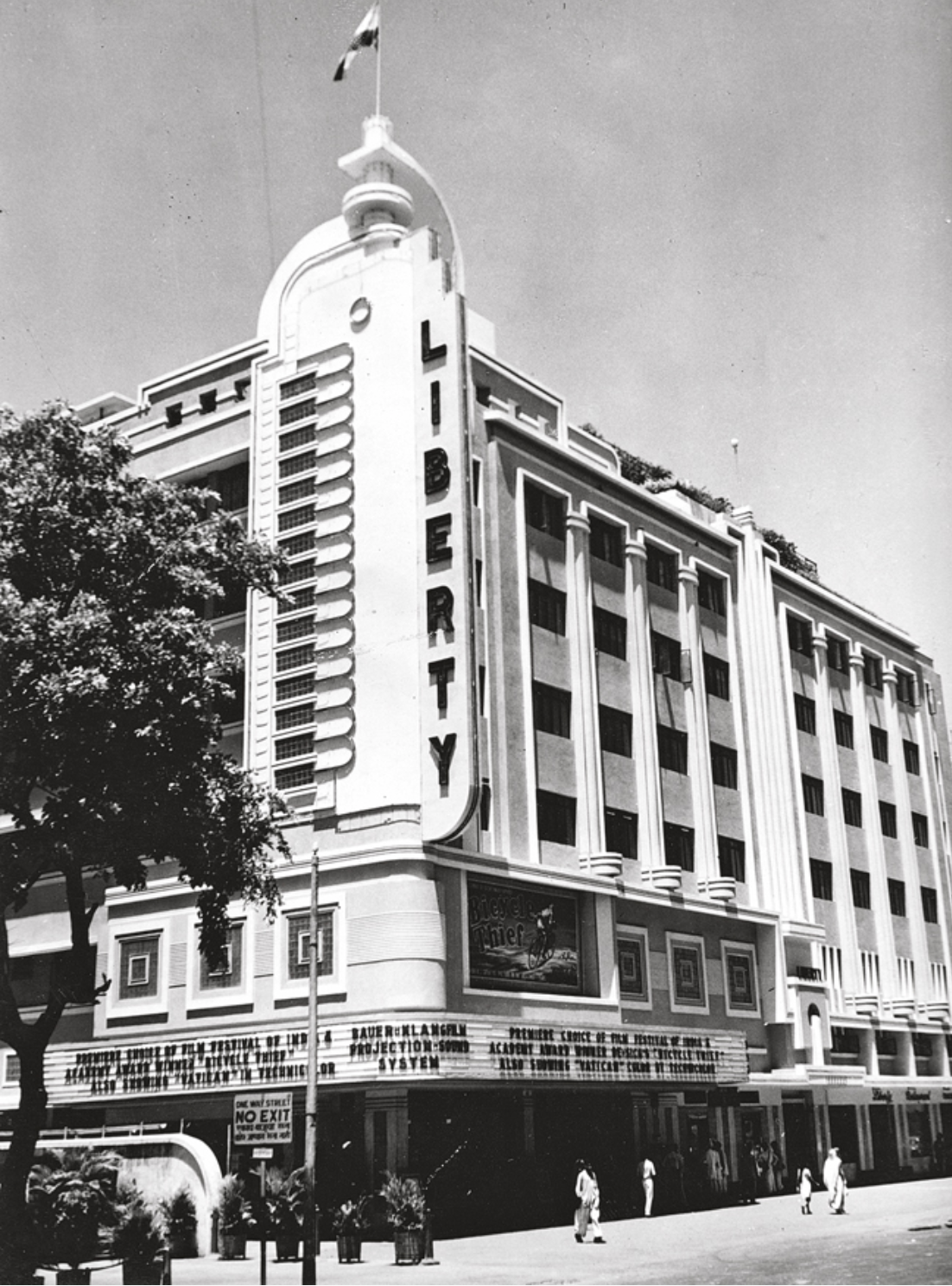 Liberty Cinema opened 1949
Though the technology has been updated, the Liberty's original interior has been preserved, from kiosks in the lobby to sweeping staircases and elegant doors.  However, historic cinemas across India are faced with mounting losses as fewer people are visiting. 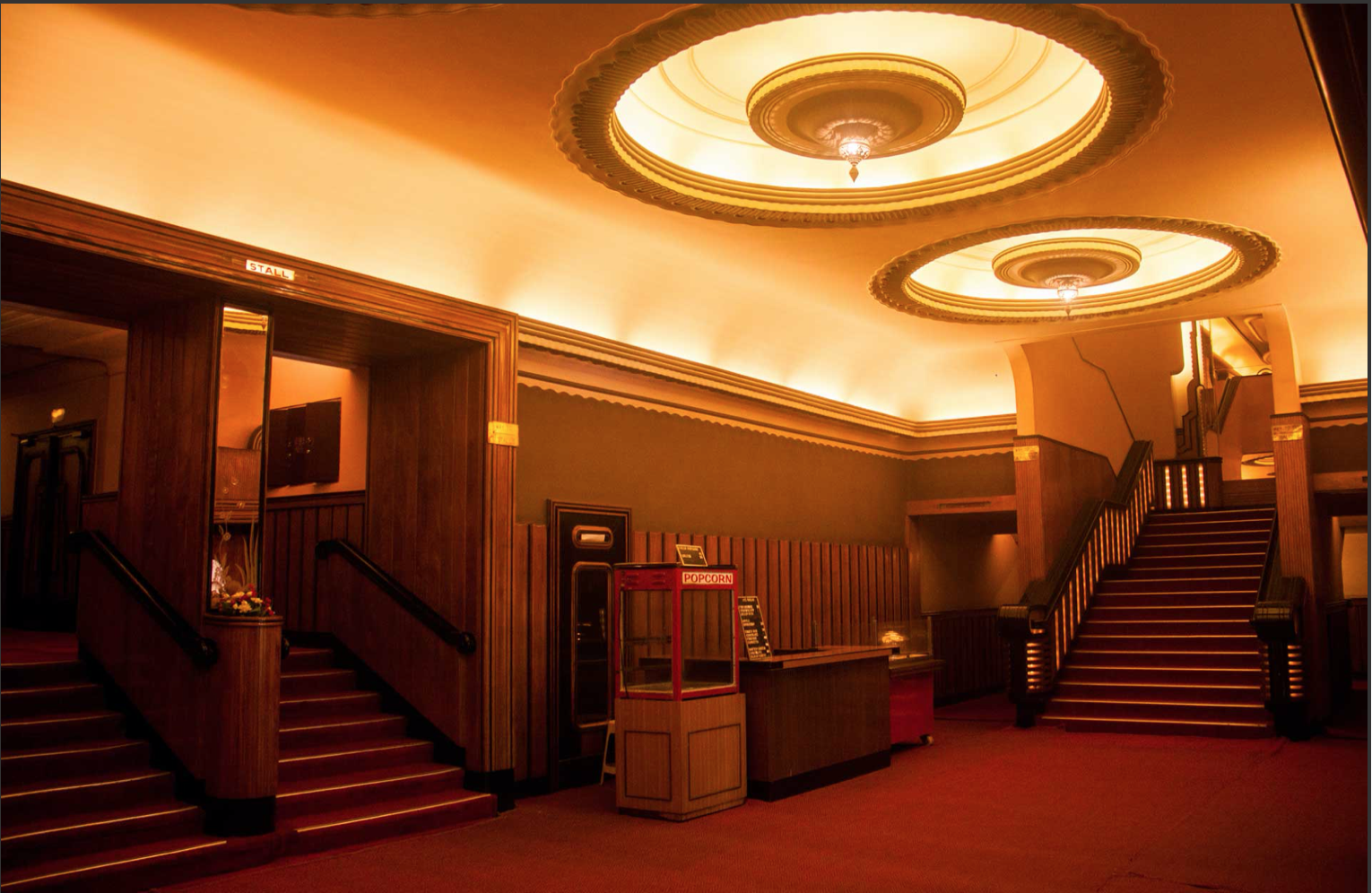