Free UK Delivery for orders over £50.
Marianne Brandt was the first woman admitted to the Bauhaus design school metalwork department, in 1923, and the only woman ever to receive a degree in metalwork from Bauhaus.  She focused her craft on designing household objects that embodied the New Objectivity movement (Neue Sachlichkeit), the antithesis of expressionism, which held that an object should be practical, its form a pure expression of its function. 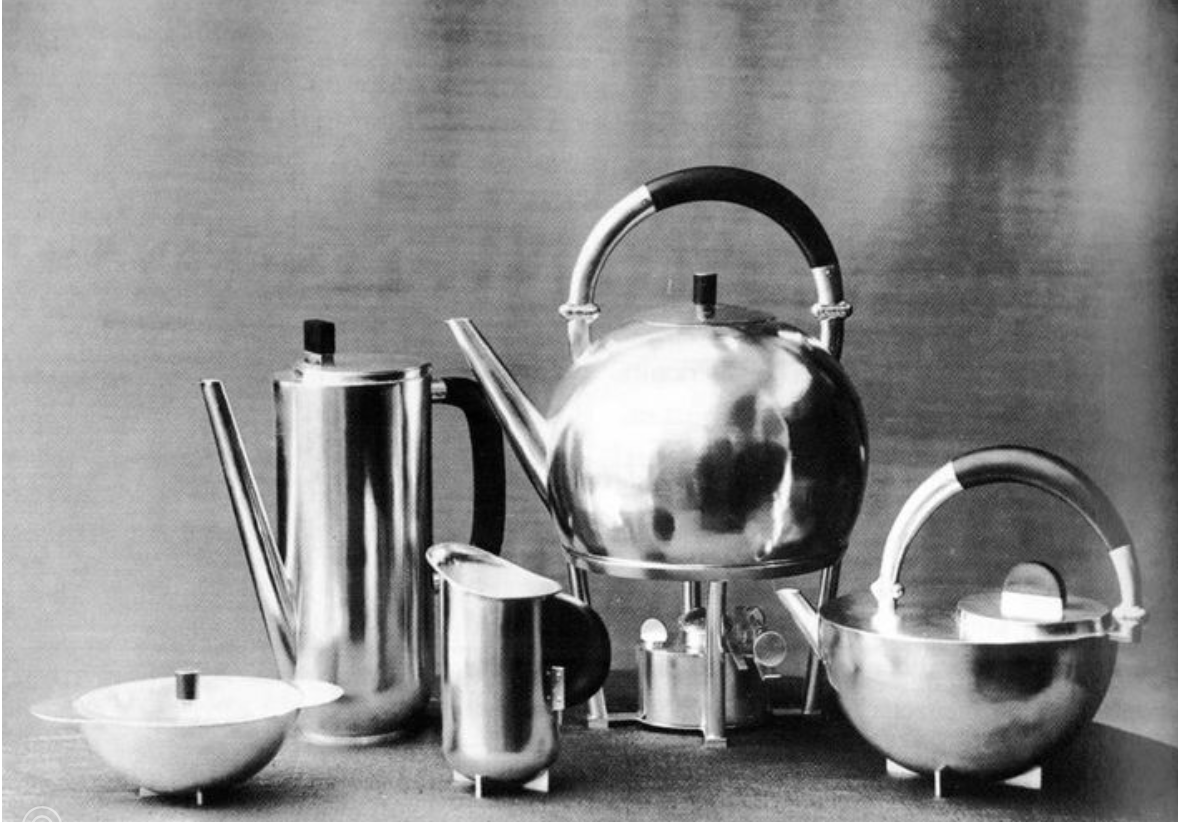 Coffee & Tea Set, 1924 by Marianne Brandt
During her first year in the workshop, Brandt designed and crafted beautiful tea and coffee sets with rounded edges in highly polished in nickel with ebony handles that were designed to be mass-produced.  She later wrote that “the task was to shape these things in such a way that even if they were to be produced in numbers, making the work lighter, they would satisfy all aesthetic and practical criteria and still be far less expensive than any singly produced item.”. 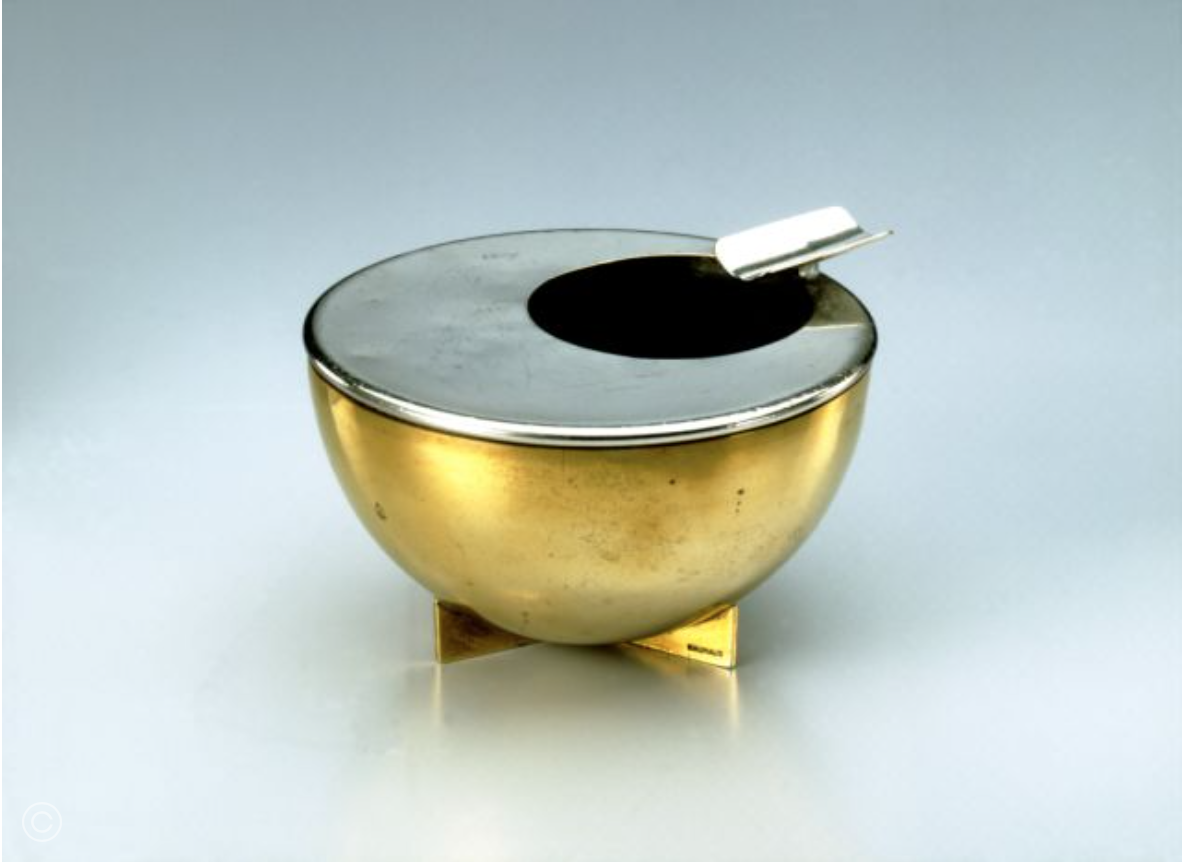 Ashtray, 1924 by Marianne Brandt
Her 1924 ashtray with cigarette holder was beautiful yet practical. A cylindrical container on a criss-cross base to cleverly store unsightly ashes, is topped by a circular lid with an off-centre opening and a highly polished and elegant, cigarette holder. 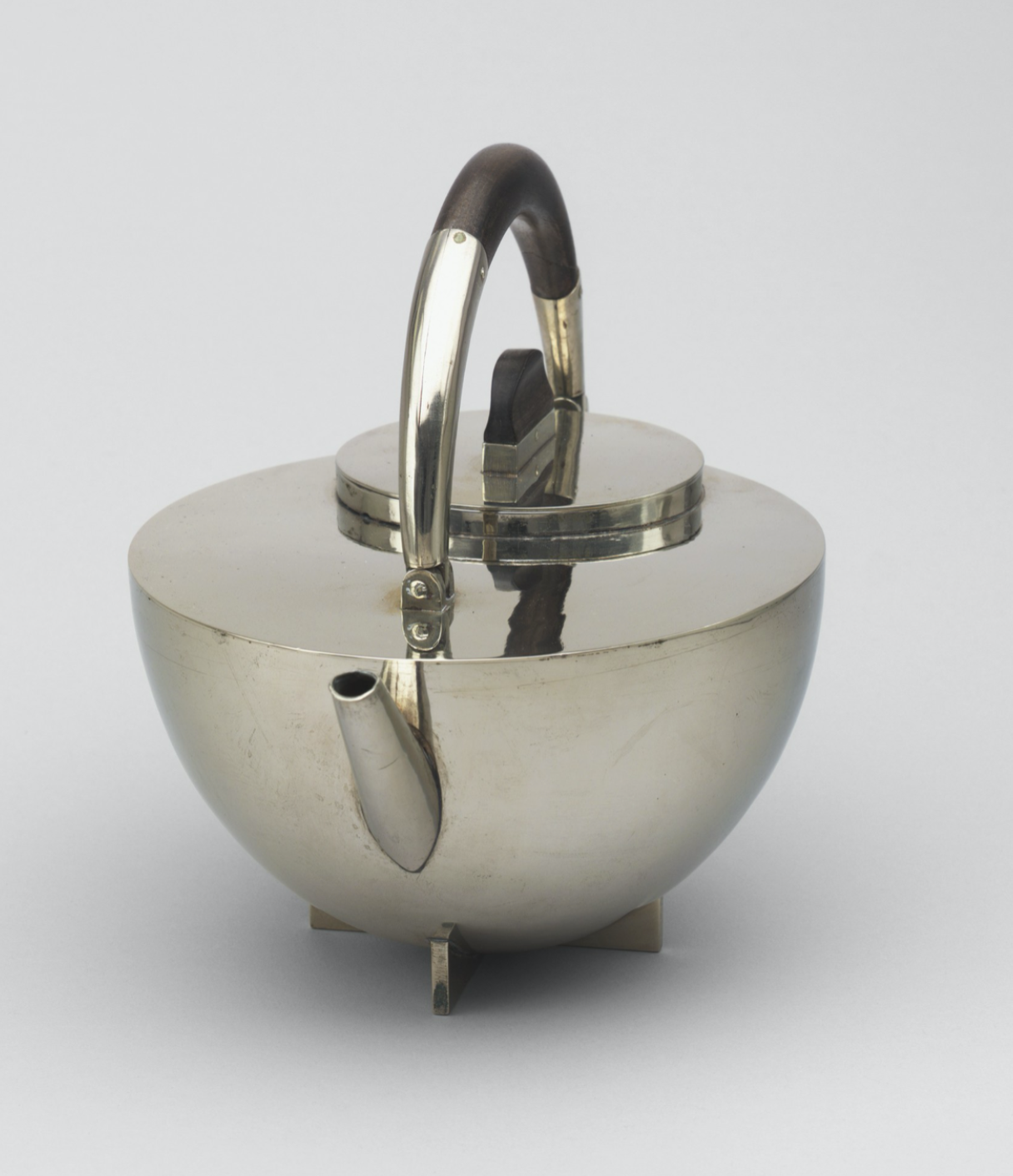 Nickel Teapot, 1924, Marianne Brandt
By 1928, Brandt was made director of the Bauhaus metalwork department, which was a significant achievement, but left in 1929 citing the desire to return to designing full-time.  After briefly working with Walter Gropius, Brandt joined furniture company Ruppel in the city of Gotha. 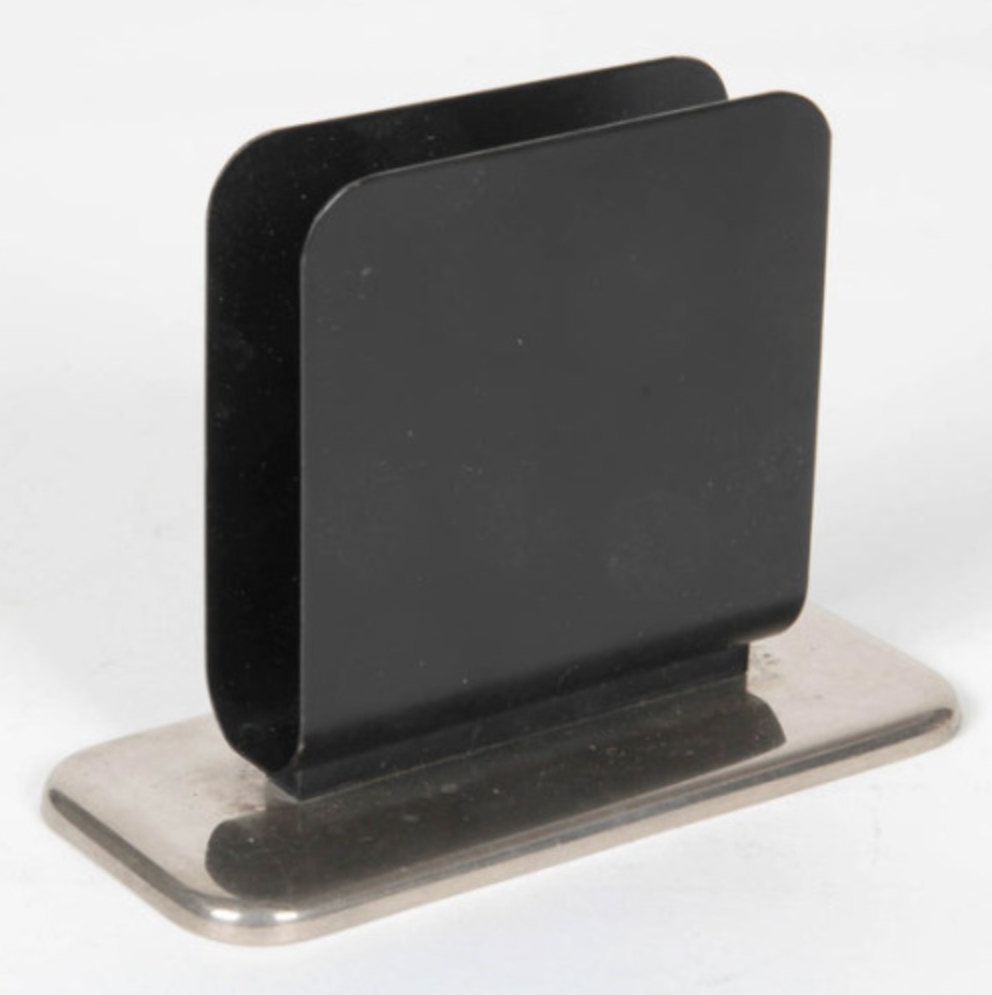 Letter Rack,1930, Marianne Brandt for Ruppel
She had been hired by Ruppel to bring her Bauhaus credentials and redesign its home and office product lines, which were old fashioned and struggling to sell. Her work at Ruppel in the early 1930s included stylish table lamps and desk accessories. 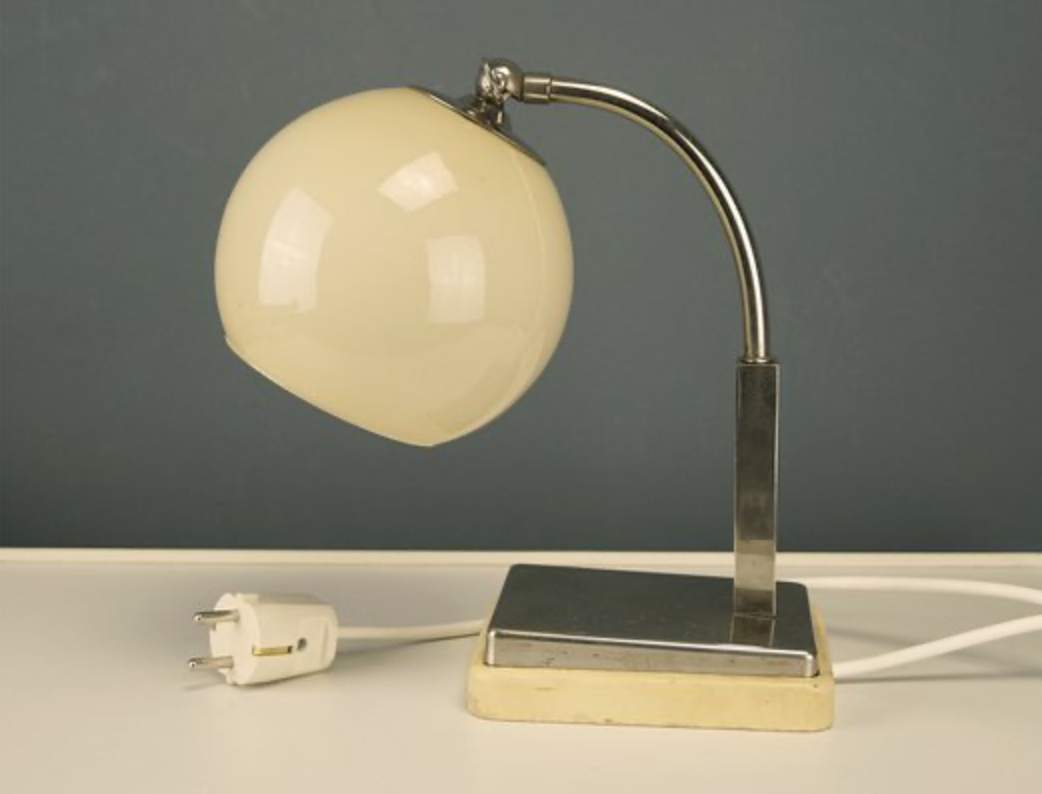 Desk Lamp, 1930, Marianne Brandt for Ruppel
The Brandt Table Clock, designed in 1932, is a work that looks thoroughly modern and familiar.  The square, black, bevelled face design with oblong hands is a style that has been mimicked in late 20th century alarm clocks. 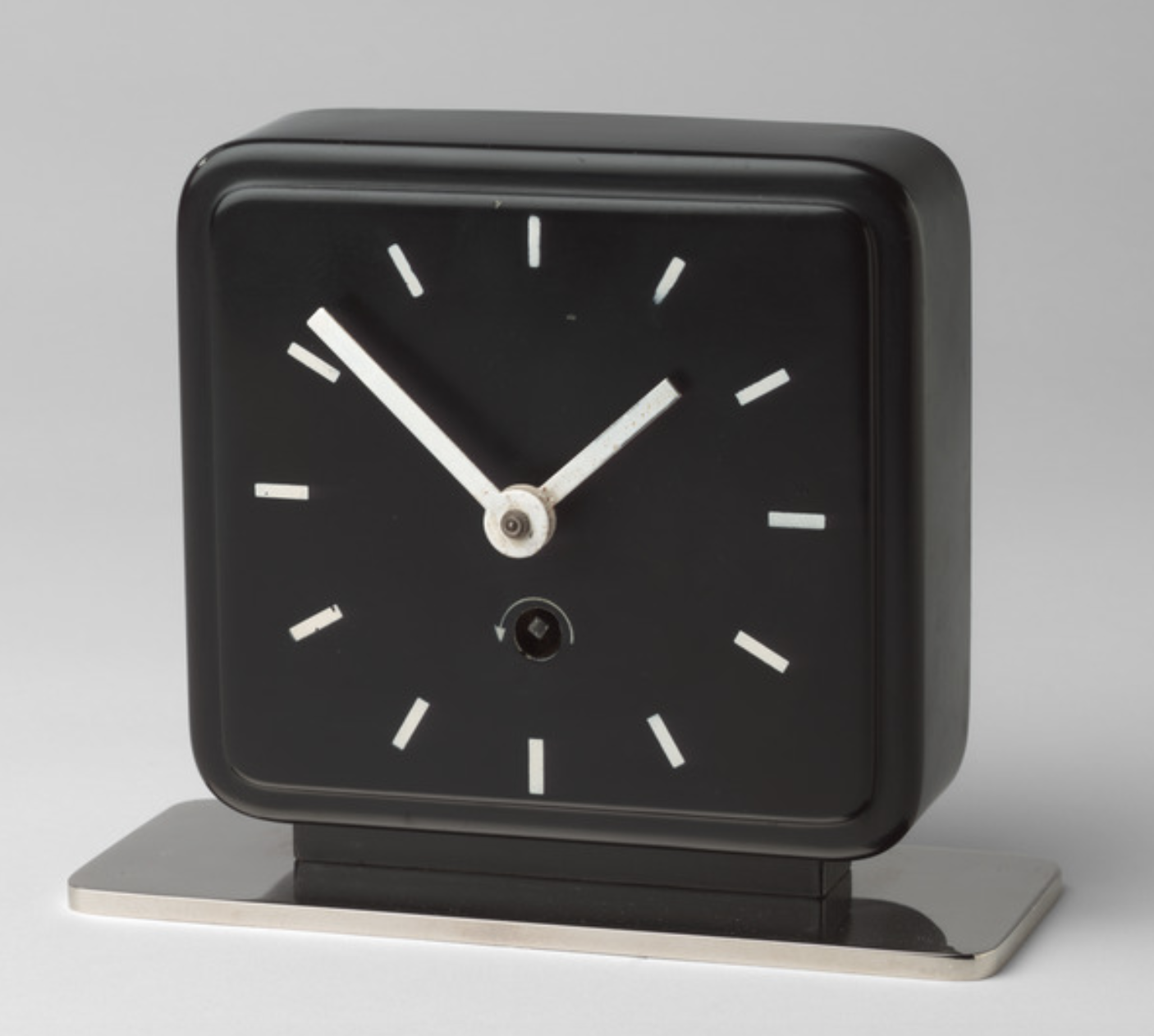 Table Clock, 1932, Marianne Brandt
During the 1940s, Brandt held posts as lecturer at the Dresden Academy of Fine Art and the Weißensee Academy of Art Berlin. She moved to East Germany after the war, where she focused on painting and photography.  Her experimental photographic works, many of which are self-portrait, are highly regarded.  Brandt died in 1983 at the age of 89. 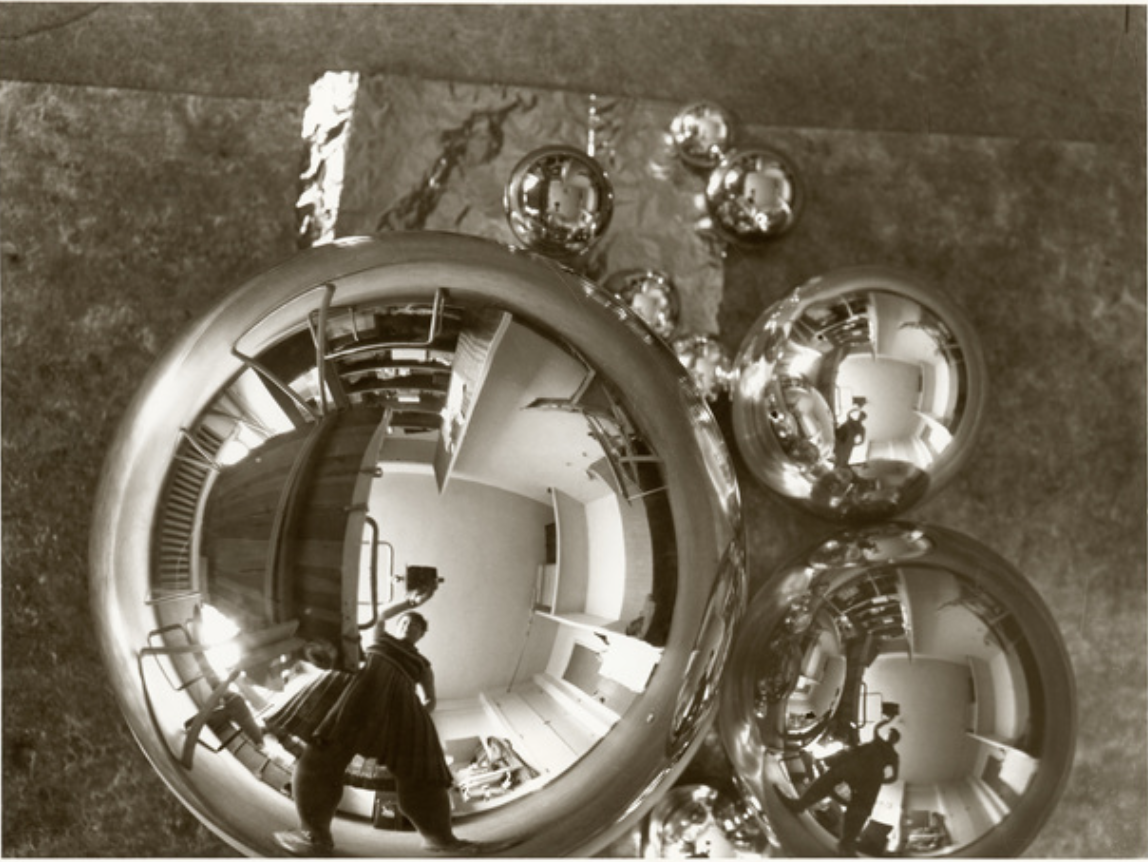